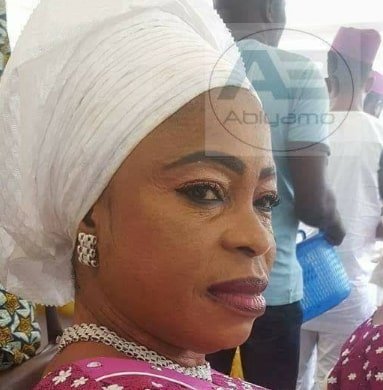 By The Elites NG

Top Lagos socialite, Alhaja Monsurat Asabi (Ashabi) Oluwatoyin Oyemade Rufai Abraham aka Toyin Igbira, is dead.
She died in the early hours of Saturday, 20 July, 2019, at a private hospital in Surulere, Lagos, after a prolong battle with ovarian cancer.
She was aged 56.

It was gathered that Toyin Igbira was diagnosed with ovarian cancer almost ten years ago.

Her search for cure, saw her tranversing between the United States and the United Kingdom, where she sought for the best medical treatments. It was gathered that, after a while, Igbira’s health improved and the doctors declared her body to be free of cancer radicals.

However, sometime last year, her health suffered a relapse. The deteriorating state of her health was so severe that the doctors declared she would not live beyond February 2019. But she braved the odds and lived for another six month before giving up the ghost on Saturday morning.

However, Igbira dropped out during her second year in secondary school and went into private business. She joined her mother in a trade that was suspected to be the smuggling of cigarettes from Cotonou in the neighboring Benin Republic. Later, she was allegedly introduced into the business of drug smuggling by one Fatai, a London-based Nigerian who is now dead.

Thus began the unbelievable story of an African woman, who defied the odds of her illiteracy to establish a formidable international drug trafficking network – one that destroyed countless lives and made many rich. 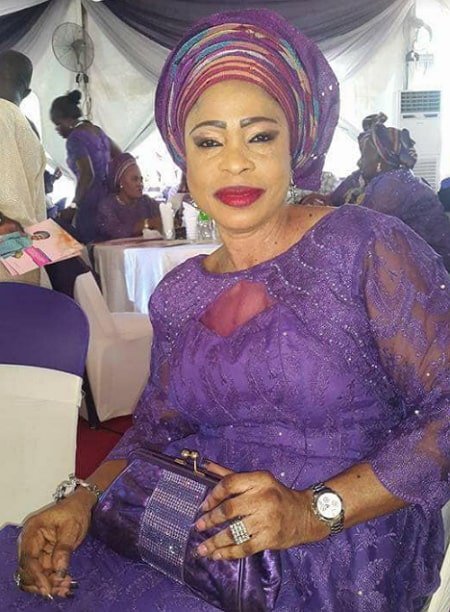 Igbira was arrested many times for drug trafficking offences. In 1999, at the age of 36, she was nabbed after extensive undercover anti-narcotic operations that commenced in 1995.
In her hey days, Igbira was a big fan of popular Fuji musicians like King Wasiu Ayinde Marshal, K1 De Ultimate and Abbass Obesere, who sang her praise and poured accolades on her.

In fact, the lyrical praise was so much that K1 dedicated tracks to her and even made reference to her nasty trade when he called her ‘Ónile Eru L’Abidjan’ meaning ‘The One With The Warehouse At Abidjan’.

Abijdan was one of the centres of drug trade for many of the narcotraders and they also used the Ivory Coast city as a hub for their textile business – a cover for their real occupation. Igbira was one of the biggest players in the West African narcociruit and Abidjan was one of the hubs she controlled.

Survived by three children and many grandchildren, Igbira owned comfortable houses in Abuja, Lagos and the United States. Her love for expensive jewellery, customised diamond ensembles and exotic cars was legendary.

Akobo Ibadan Husband Killer Yewande Fatoki Flees To London As Ajimobi Uses His Position To Free Her
Flashback: How The Judge Who Freed Drug Baroness Toyin Igbira From NDLEA Met His Untimely Death