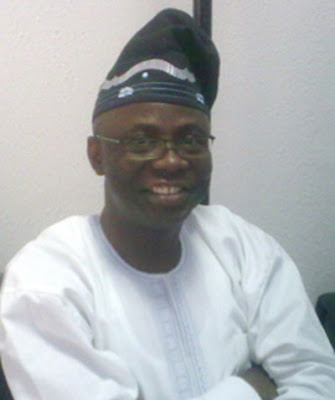 March 21st, 2013 – Tunde Bakare: “If The Devil Becomes A Pastor, Nigerians Will Attend His Church”

Highly controversial yet truthful Pastor Tunde Bakare of the Latter rain assembly church in Lagos has just released a very proverbial description of corrupt Nigerian politicians after he compared them to the devil. naijagists.com

In the interview, Tunde Bakare said if the devil were to become a Pastor now, Nigerians will attend his church.

The former CPC Vice Presidential candidate gave a big blow to Progressive Governors of the proposed APC (All Progressive Party) describing them as corrupt bunch of people.

Read the interview excerpt below:

Question: Describe the progressives who formed the All Progressive Congress (APC).

“If the devil becomes a Pastor, Nigerians will attend his church, because they don’t know the true church and they cannot distinguish it from the synagogue of Satan. Some of these governors are far richer than their states, because they are looting their states dry”. said Pastor Bakare

Just last year, Pastor Tunde Bakare was accused of calling for the imprisonment of all Nigerian pastors including himself…. read the previous update here.

8 thoughts on “Tunde Bakare: “If The Devil Becomes A Pastor, Nigerians Will Attend His Church””