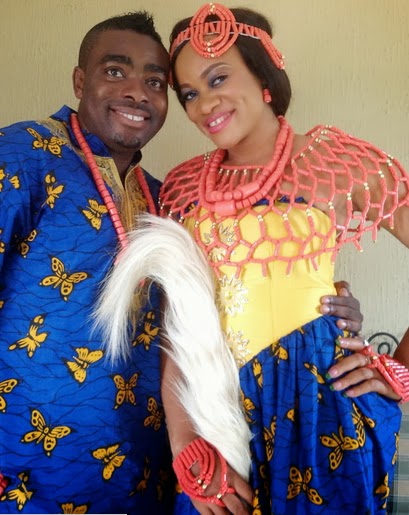 According to sources, the beautiful actress and her boo are currently doing a secret traditional wedding at Ihechiowa in Arochukwu LGA of Abia state.

As a matter of choice, the actress made her wedding secret even her Nollywood colleagues are yet to be informed of her change of marital status.

I love their traditional wedding outfit.

Congrats to Uchenna Nnanna and her husband.