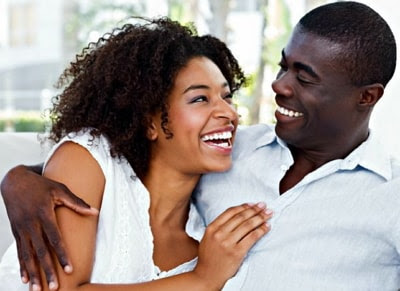 In this part of the world, a woman is expected to compromise in relationships even if she’s dying. People are always quick to tell a woman to dumb down herself for a man for her relationship to work.

Women are told to act humble so that they can get husbands to marry them even if these men are nothing close to humility. I don’t know who made these rules that only women must adhere to.

As a woman, you are told to act unintelligent and refrain from airing your views so that you won’t chase away husband materials. It is annoying that some of these men who expect women to act this way are as dull as an overused pencil.

Little wonder many women are enduring bad relationships with badly behaved and irresponsible men because they are following what society tells them to do.

This is why many women are crumbling under the weight of bad relationships and marriages because they are making unnecessary compromises just to keep men who bring them nothing but headaches and heartaches.

In an ideal relationship, compromise helps couples to deal with each other’s differences without changing who they are. They are those things you do so that you can be on the same page with your partner in your relationship.

It is not unusual to make some compromises when you are in a serious relationship. These compromises include when to get married, where to hold your wedding reception, the place you would start your life together, what brand of TV to buy, and where to go on vacation.

These are compromises you make daily that make you flexible to accommodate your partner’s preferences too. But there are bigger compromises no woman should make in relationships because of a man or because she wants to get married by all means.

It is important not to allow society trick you into making unhealthy compromises just to keep a man. As a woman, you should compromise in a relationship without changing yourself.

No matter how much you love a man, don’t compromise yourself worth for any relationship. A woman should be treated with love and respect by her man. He should stay by her side through good times and bad, and shouldn’t make her feel bad about herself. Dear woman, don’t accept verbal, emotional and physical abuse in your relationship. Unhealthy communication can be seriously damaging to your self-esteem.

If you want to live a fulfilled life as a woman, don’t compromise your life’s dreams and goals for a man.

A woman needs to go after her dreams and goals with passion. Your man should support your goals and support you in pursuing them. If you give up your dreams for a man or a marriage, you may resent that man in future.

Your core values depict who you are at your very soul, don’t compromise this for any relationship or marriage. Your man should respect your life values and not expect you to throw them away because of him. You don’t have to stop being who you are or stop believing in your values because of a man.

If you are used to living your life in a certain way, your partner shouldn’t demand you give up your lifestyle just so you can be with him. Compromising the way you live your life for a man will make you miserable. There’s no use wasting your time with him if your life vision doesn’t align. Stop listening to people who love to suffer. You didn’t come to this world to stop living because of a man.

You don’t need a man who makes you go against your life’s principles. He shouldn’t be in your life to begin with. If a man is unscrupulous, don’t claim your love will change him. If you get married to him, things will get worse. Don’t compromise your principles for any man. Don’t put up with anything unless you are genuinely okay with it.

It is never okay for your man to pressure you into doing things you don’t want to do. If his idea of a relationship is different from what you want, take a walk on time. You don’t have to wait around for him to hurt you with his selfish actions to know that you don’t have to compromise the kind of relationship you truly want.

Ladies, don’t give up your financially security for a man. Don’t say you are doing it for love. Any man that wants to financially cripple you is an enemy of progress. If you are the ones picking all the bills with him doing nothing about it, you are just his cash cow. Open your eyes on time.

And if he doesn’t want you to be financially empowered claiming that you won’t be a submissive wife if you have money, he’s an enemy of progress. You should have no business being in a relationship with such a man. Any man who doesn’t want his woman to make money is a potential abuser.

You don’t have to compromise your body and womb by committing series of abortions for that man you are dating. He refuses to use condoms during sex, yet whenever you end up pregnant, he tells you to commit an abortion without blinking. Use your brain, he doesn’t love you.

As a woman, having communication compatibility is very important in your relationship. You don’t have to be putting up with a man who doesn’t communicate with you and one you don’t know what he’s thinking and feeling.

Stop making excuses for his lack of communication, it points to bigger problems down the road. You both should be open and free to talk about things as lovers. If you cannot talk and discuss issues with the man you are dating or married to, who are you going to communicate with?

Talking about communication, I find it distasteful when women come on social media platforms to ask what to do from strangers when their husbands are misbehaving. My brain cannot comprehend that.

You can’t talk to your husband you live with, yet you want strangers to tell you how to deal with his misbehaviour. Wonders shall never end. Women, marry men you can talk with and stop getting strangers involved in your marital issues. Your husband is not a masquerade, talk to him if something is bothering you.

Women, I repeat, you shouldn’t compromise your values, principles, money, dreams, aspirations, career, business or life for love. It’s not worth it. Life is hard; don’t complicate it further by putting up with trashy behaviour from men all in the name of relationship compromises.

Continue Reading
You may also like...
Related Topics:Husbands, sacrifice, women

Wife Divorces Husband For Refusing To Show Concern About Her Childlessness
Daughter Of 63 Year Old Widower Who Fell In Love With Instagram Slay Queen, 26, Cries Out “My Dad Has Entered One Chance Bus”