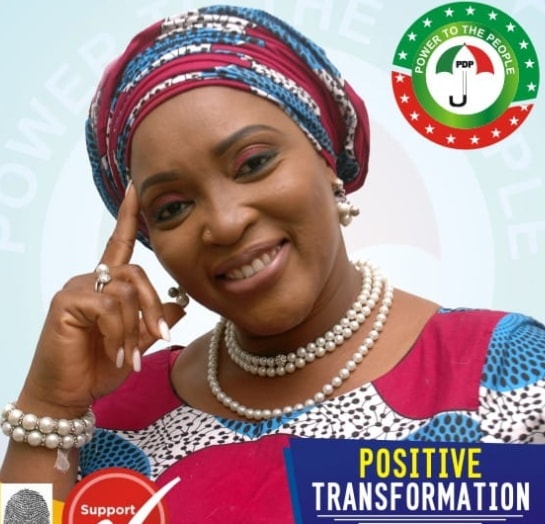 Nigerian American businesswoman Princess Oyenike Oyedele Roberts, has declared for the presidency of Nigeria on the platform of the opposition Peoples Democratic Party (PDP) for the 2019 presidential election.

Nike Roberts, as she is called, while addressing supporters in New York, also dissociated herself from corruption, vowing never to accept any donation from corrupt Nigerians to fund her campaign.

She said her aspiration was built on five-cardinal plans: Uninterrupted power supply, quality healthcare for all, creation of one million jobs annually, quality affordable education and security of lives and property.

The PDP presidential aspirant, whose campaign slogan is ‘Hope 2019’, is the Vice Chair of Nigerian-American Public Affairs Committee and the President, Association of African Media Practitioners in the U.S.

She blamed the problems of Nigeria on what she termed the current faulty structure, saying the Nigerian president in the next political dispensation must have the will to restructure the country to realise its potential.

Notwithstanding the allegation of corruption levelled against PDP when it was in power, she urged Nigerians to trust her integrity as she had not been tainted by any act of corruption having not held political positions.

Roberts said PDP was poised for a major shift ahead of 2019, claiming it was the party to beat and a viable platform because it had national appeal and spread.

“Our political system is driven by money and that’s why we have the kind of leadership. The system should be driven by meritocracy – what you know to do, how to do it and the will to do it.

“That’s what gave rise to the God-fatherism notion that it is who you know that gets you to the top. That system has continued for so long.

“But I’m seeing a new breed of leaders coming; a change that’s going to cause a shift in how we do politics in Nigeria. We don’t allow meritocracy to rule; we allow money to rule,” she said.

She called for more determination in the fight against corruption so as to secure notable convictions with commensurate consequences through the executive, legislative and Judicial commitments.

The Osun-born presidential aspirant, in her 50s, said at the centre of her heart is the security of lives and property, saying: “We must secure the borders to prevent illegal infiltration and activities”.

“As a matter of urgency, the National Identity system must be concluded in order to account for every individual in the national database.

She said apart from creating at least one million jobs annually, there would be an urgent review of the minimum wage to living wage to match current trends as well as a relief package for the extremely poor.

The politician said she would advocate for an expansion of the health insurance scheme to include all citizens while there would be incentives to encourage regular health checks.

Roberts promised to allocate minimum of 15 per cent of the annual budget to education as well as the total overhaul of the system to allow for early instruction in science, mathematics, engineering and technology.

She said: “There must be continuous training and certification for teachers and instructors at all levels. The public school infrastructure must be upgraded as a matter of urgency”.

The politician pledged to overhaul the power infrastructure and tackle the ineffective model of operations to increase power generation to at least 20,000 megawatts using renewable sources to support the fossil sources.

Roberts said she had support base in all the 774 Local Government Areas and expressed confidence in the ability of the Independent National Electoral Commission to conduct credible poll in 2019.

Nike Roberts attended Reagan Memorial Baptist Girls’ Secondary School, Lagos(1975-81) before leaving for the United Kingdom to study hotel management in Oxford. According to her website, www.nikeroberts.org, Nike returned to Nigeria to work in the hospitality industry by developing her own brand of lunch delivery services to corporate clients, and event catering.

She later left for the US where she attended Gwinnett Technical College in Georgia.

She then started the first multi-cultural television station in Atlanta area, which showcases the experience of Africans in Diaspora. She also produced and hosted her own talk show.

Laura Bush Calls Trump Policy Of Separating Children & Parents At The Border “Cruel And Immoral”
How To Become A State Governor In Nigeria: List Of Qualifications, Requirements & Step By Step Guide