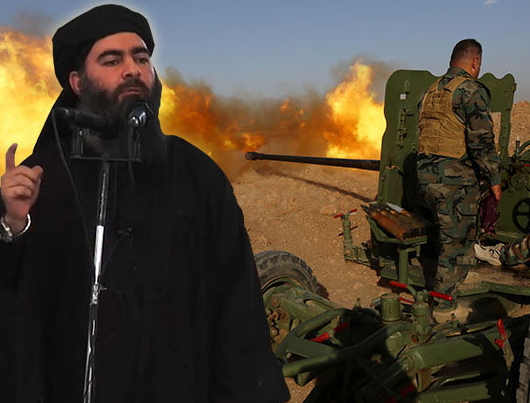 “The U.S. Department of State’s Rewards for Justice Program is increasing to 25 million dollars its reward offer for information leading to the location, arrest, or conviction of the Islamic State of Iraq and the Levant (ISIL) leader Abu Bakr al-Baghdadi, also known as Ibrahim ‘Awwad Ibrahim ‘Ali al-Badri, also known as Abu Du’a.

“This represents a significant increase from the previous reward offer of 10 million dollars announced in October 2011.”

The statement said in recent years, ISIL has gained the allegiance of jihadist groups and radicalised individuals around the world, and has inspired attacks in the U.S.

“Under Al-Baghdadi, ISIL has been responsible for the deaths of thousands of civilians in the Middle East, including the brutal murder of numerous civilian hostages from Japan, the United Kingdom, and the United States.

“The group also has conducted chemical weapons attacks in Iraq and Syria in defiance of the longstanding global norm against the use of these appalling weapons, and has enabled or directed terrorist attacks beyond the borders of its self-declared caliphate.”

In June 2014, ISIL, also known as Da’esh, seized control of portions of Syria and Iraq, self-declared a so-called Islamic caliphate, and named al-Baghdadi as caliph.

In 2011, the Department of State designated Abu Bakr al-Baghdadi as a Specially Designated Global Terrorist under Executive Order 13224.

Al-Baghdadi was also added to the UN Security Council ISIL (Da’esh) and al-Qaida Sanctions Committee in 2011.

Al-Baghdadi was the leader of al-Qa’ida in Iraq (AQI), which subsequently morphed into ISIL.

“More information about Al-Baghdadi is located on the Rewards for Justice website atwww.rewardsforjustice.net.

“All information will be kept strictly confidential,” the statement read.

The Rewards for Justice Program is administered by the U.S. Department of State’s Bureau of Diplomatic Security.

Since its inception in 1984, the program has paid in excess of 125 million dollars to more than 80 people who provided actionable information that helped bring terrorists to justice or prevented acts of international terrorism worldwide.