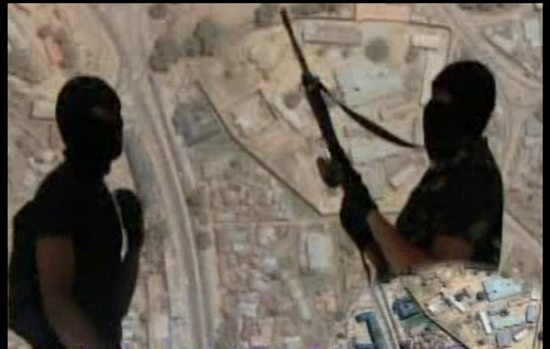 United States has concluded its plans to label 3 Boko Haram Militants as terrorists, a decision that will have an adverse effect on the image of Nigeria. naijagists.com

The application of foreign terrorist tag on

This action by the U.S. would result in the freezing of assets in the country belonging to the three persons and even those who are may be linked with them. It would also bar U.S. citizens from interacting or transacting business with them.

The source said the expected announcement of the three leaders of the group by the State and Treasury Departments of the country is as a result of the pressure put on the government of Barack Obama to act in the face of the growing insecurity in the Nigeria which has resulted in the death of over 1, 000 citizens.

Part of this pressure by some Nigerians including President of the Christian Association of Nigeria (CAN), Pastor Ayo Oritsejafor, and lawmakers of the United States is for the country to label the entire Boko Haram group a foreign terrorist organisation, but it was learnt that President Obama is trying to tread softly as he may not want to bring down the full weight of his country’s powers on Nigeria.

Earlier this year, an official of the National Security of the U.S. Justice Department, Lisa Monaco, had sent a letter to the State Department arguing that Boko Haram met the criteria to be labelled a foreign terrorist group because it either engages in terrorism that threatens the United States or has a capability or intent to do so.

Also, a group of Republican Senators led by Scott Brown of Massachusetts had introduced a legislation which required the State Department to determine whether Boko Haram should be designated as a terrorist group.

Another Republican Representative, Patrick Meehan, who chairs a Homeland Security subcommittee in the House, further introduced an amendment that would force the administration to add Boko Haram to the terrorism list or explain why it was not doing so.

In the heat of the moves by the lawmakers, the Nigerian government, through its diplomats had done everything possible to discourage the U.S. from taking such action as it is believed that it would mar the cordial relationship the country has with Nigeria and that such action by the western country would afford the U.S. the opportunity to use extra-legal and extra-judicial means to confront Boko Haram.

Besides, there are fears that foreign aids, especially from the U.S. would cease to flow to Nigeria once Boko Haram is branded a terrorist group.

Reuters reports that U.S. diplomats are weighing these arguments as there are even counter arguments from academic experts on Africa through a letter to Secretary of State, Hillary Clinton, urging her not to designate Boko Haram as a terrorist group.