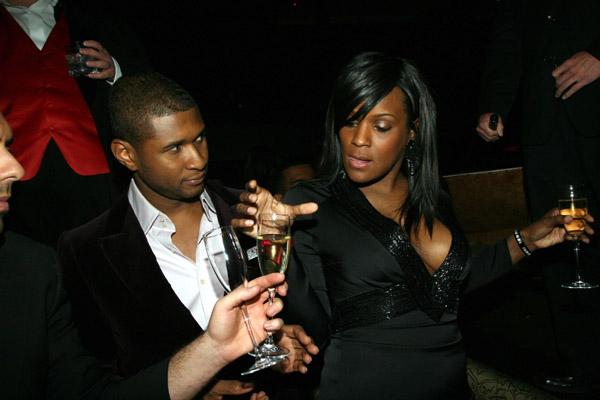 American Music sensation Usher Raymond is presently on the threshold of being slammed with a time behind bars and losing custody of his two sons if his ex-wife, Tameka Foster’s  suspicions that the singer is popping pills around their kids are true.

Tameka has demanded that the judge handling their divorce should compel the singer to take a drug test as early as possible before he cleanses it out of his system. Tameka is said to be mad at her ex-husband because he refused to increase her child support despite making more money and the singer also went ahead and cancelled a Black Gold AMEX credit card he opened for her.

The singer however has refused to succumb to her request claiming all her accusations were frivolous and unfounded.