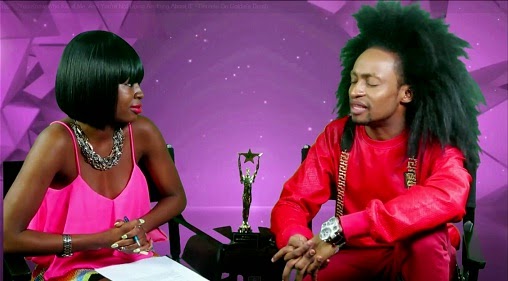 Sept 20, 2014 – Video: Denrele Edun Says Goldie Is Tormenting Him In Dream Over Who Killed Her

In a recent chat with Sahara, Denrele said days after Goldie’s death, her family believed that he has a hand in her death.

He said Goldie has been appearing to him in dreams asking him to expose who killed her.

“I kept seeing her in my dreams and she keeps telling me you know who killed me and you are not doing anything about it. I’m not kidding. You know these things, we actually don’t believe in (the) supernatural. I have a friend who can bear me witness to that. And then I have to call my mum who prayed. Finally I can say she’s been laid to rest and she’s been resting in peace. I’m sure she was angry like why are they tormenting this boy, he’s done nothing wrong. If she could wake up and tell everyone ‘leave him alone,’ but of course she couldn’t so I have to suffer it all.

Watch the interview video below:

This is a serious case, if what Denrele said is anything to go by, then he has to be prayerful. How can you be seeing a dead person in your dreams.