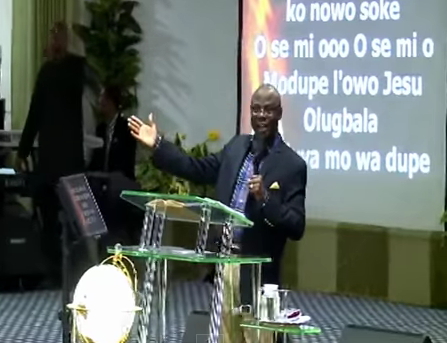 On Monday the 18th of May 2015, Pastor Tunde Bakare, the founder of Latter Rain Assembly in Lagos collapsed while giving a lecture in Lagos.

He was immediately rushed to Reddington hospital on the Island for treatment. On Tuesday, his church officials released a brief Press statement, blaming exhaustion on his collapse.

During a recent thanksgiving service, the fiery preacher said his collapse wasn’t ordinary.

Tunde Bakare told his congregation that he was attacked spiritually.