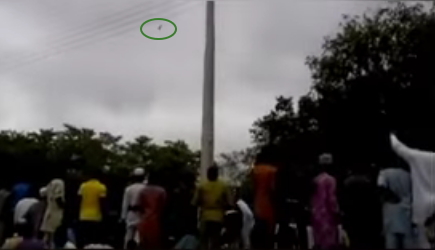 Sarahara TV has released a new video to confirm an attack on Senate President Bukola Saraki at a mosque in Ilorin yesterday.

As earlier reported, some youths who have been following Saraki’s corruption scandal mobilised against him on Sallah day as he came for prayer at a Mosque in Ilorin.

The attack caused pandemonium that forced Saraki bodyguards to take him away from the prayer ground.

In short, the man don finish.