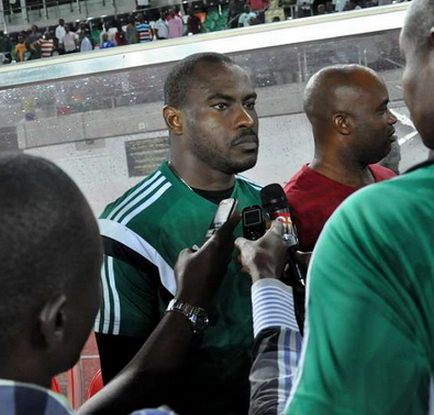 This came after the team’s coach Sunday Oliseh disrespected him.

He reportedly arrived at the team Nigeria camp late on Tuesday after attending his mother’s funeral over the weekend in his hometown in Nigeria.

Because of his late arrival, he was replaced with CSKA forward Ahmed Musa as the new captain.

“I was surprised,”So I stood up to explain my position and ask for an explanation, but the coach asked me to sit down.I insisted on speaking because I felt that with the years of dedicated service I have given to the country I deserve at least the respect of giving my own side. But he told me that either the whole team would leave the room for me, or I would have to leave the room for the whole team.”“There has been a lot of incidents these last few months,” he said. “I don’t need it, the team does not need it, so maybe the best thing might be to step aside in the interest of the country so that the team can focus on football instead of distractions.”