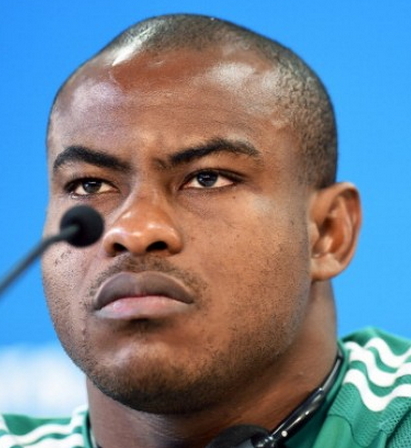 October 8, 2015 – Vincent Enyeama Has Quit The Super Eagles, How Oliseh Insulted Him In Belgium

The embattled sport man took to his official Twitter handle today to announce his decision to quit international football.

“I have fought a good fight for more than 13 years. I have finished my course, I have kept the faith and sang the anthem with passion… From henceforth, I am no more the captain of the Nigerian senior football team, I am no more the goalie of the team, I am out of the team. I am no more available for international duties. I want to say thank you to every Nigerian fan and supporter worldwide. It’s been the most trying period of my life but I know that Nigerians are there for me and God is with me. God bless Nigeria.#ENDOFANERA.”

This came hours after NFF boss Amaju Pinnick issued a statement that the board has settled the rift between Oliseh and Enyeama.

Enyeama arrived at the Nigeria camp in Belgium on Tuesday, a day past Monday’s deadline, after attending his mother’s funeral last weekend in his home town.

A surprised Enyeama was told by Coach Oliseh that a new captain, Ahmed Musa of CSKA Moscow of Russia, had been appointed to replace him.

Report said that this degenerated into a row that prompted the coach to send the keeper out of the camp if not for the intervention of President of Nigeria Football Federation, NFF, Amaju Pinnick.

Nigerians are now blaming Oliseh for being insensitive to Enyeama who just buried his mother.

27 thoughts on “Vincent Enyeama Resigns From Super Eagles, How Oliseh Insulted Him In Belgium”