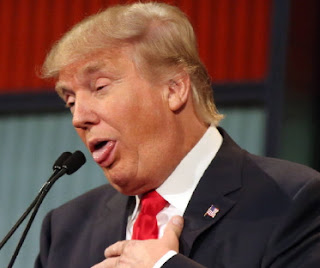 Do you think Donald Trump have much regard for Nigerians? May be not much.

Going by a special report NY Times released on Saturday, the American leader allegedly denigrated Nigerians at a meeting with his officials at a meeting in June.

The meeting had been called to discuss the immigration policy which he had introduced to stop travellers from several Muslim countries from entering the United States in a dramatic demonstration of how he would deliver on his campaign promise to fortify the nation’s borders.

Trump was said to have hit the roof after he was handed a list of foreigners who had been granted visas to enter the U.S. in 2017.

Forty thousand of such were Nigerians.

A fuming Trump, according to officials present at the meeting, said once they had seen the US they would never “go back to their huts” in Africa.

He also had unkind words for Haitians who had sent 15,000 people.

They “all have AIDS,” he reportedly grumbled.

He branded Afghanistan, which had 2,500 of its citizens getting US visa, a terrorist haven.

“Tempers flared and Mr. Kelly asked that the room be cleared of staff members. But even after the door to the Oval Office was closed, aides could still hear the president berating his most senior advisers.”

13 thoughts on “What Donald Trump Said About Nigerians & Haitians”