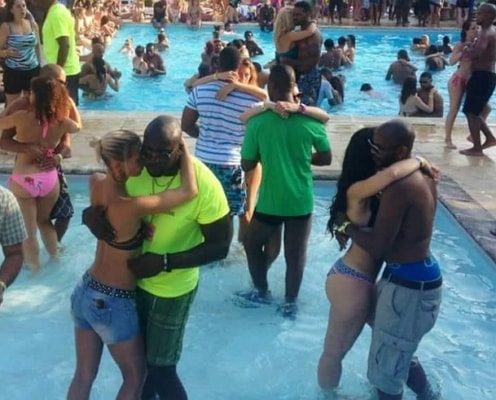 When Black Men Find White Women, Regardless Of Their Education, They Succeed – Naomi John

A US author and reporter, Naomi John has observed that black women will soon start losing their black partners to white women.

Ms. John’s says according to her study, when a black woman is very educated, they lose respect for their partners.

She states that her study shows that White women cherish black people more than their education and soon enough, black African women will be left lonely.

“This is an independent study that we did with my friends. The black African women will soon be lonely because they are too careless with their mouths and lack respect for their Black men ” she said.

“Black African women especially educated ones have no respect whatsoever for their partners. Unlike Whites, they cherish blacks and are slowly taking over African men”.

She says very soon, African men will be taken by whites because even they enjoy relationships with white women.

“It is now proven that Black guys want white women to be by their side. When a black man finds a white women, regardless of their education, they succeed ” she stated.

In the United States of America white women are talking over all black African men and are extending going even to Africa to get a partner and come back to the states.
Credit; Zambian Watch.