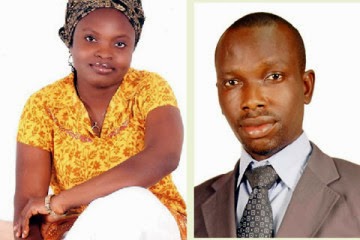 The wife of late Paul Olafare, the Nigerian pharmacist who took his own life at his home in Oworonsoki area of Lagos is still languishing in police custody.

One week after the suspected suicide of Mr Olafare, his wife, Busayo has been arrested for allowing her hubby to take a popular rat poison called Sniper to take his life.

Busayo Olafare’s hubby’s family told police that his wife was behind the suicide and that she was the one who ordered him to take the poison.

In a statement made at the DCI by a relation of the deceased, Busayo was found packing her belongings out of their house shortly after her husband’s body was discovered, which was why they suspected that she might be attempting to run away.

But Busayo, in her statement to the police, explained that right from when she first met her husband, her family and that of Paul’s have not been in good terms.

Read her own version of the suicide below:

“I was in the bathroom that evening when he drank the poison called Sniper. I came out of the bathroom and saw him holding the bottle and quickly snatched it away from him, but he said he had already drunk the poison,” she told the police. “I know my husband owes a lot of money. It is at least N1m.That is the only reason my husband can kill himself. He has been very depressed because of the money he owes.”

Busayo and late Paul married in 2011. The marriage is blessed with a son.

Lagos State Police officials have refused to listen to her family plea as she is still the prime suspect for now.