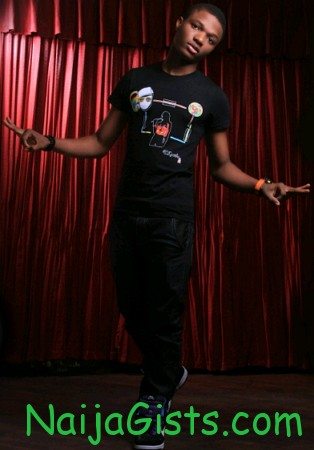 Wizkid, whose real names are Ayodeji Ibrahim Balogun is currently one of the fastest rising Nigerian entertainers in the music industry.

How Old Is Wizkid

The biography of wizkid shows that, wizkid date of birth is July the 16th, 1989 and in July 2013- wizkid age is therefore 24. Just like many celebrities that started their music career in the church, wizkid profile as a singer began at the age of 11 and was known then as “Lil Prinz” and he rebranded his name in 2006 when his music career came into limelight.

Wizkid Nigerian artist recorded his first album at the age of 11, the album was produced by one of the most celebrated music producers in the country-OJB Jezreel and it was a 7-track album that was released for his church in Lagos. The 2006 album launch was well received by Ayo Balogun’s parents, friends and other artistes. Ayo Balogun’s growing passion for music and the use of his God given talent inspired him to get back into the studio and perfect his music acts. It was in 2006 that Ayo Balogun dropped his initial stage name- Lil Prinz and he began working with some of the best artistes in Nigeria today, these include- Naeto C and Ikechukwu.

Since 2006, Wizkid songs enjoyed continuous radio plays, while He himself enjoyed collaboration with the best artistes in Nigeria but it was not until 2009 when this young talent got his first major break in the music industry- according to wizkid twitter, His collaboration with one of Nigeria’s best rappers and MCs-MI Abaga, on “fast money fast cars” track drew major attention to Wizzy’s unique voice and style.

Ayo Balogun is also a song writer. Aside being featured by so many established artistes, Ayo Balogun also featured in several TV commercials, the most recent is the Pepsi Co. advert which also featured one of the best female performers-Tiwa Savage. His first TV commercial was “Turn by turn” by Kel’s which became Barceló’s radio jingle.

Ayo Balogun has continued to release hit songs with EME records since 2009, his music career has gone beyond the chores of Nigerian borders especially with his numerous international stage performances and collaboration with international artistes such as Akon, Kardinal Official, and Young Jeezy to mention just a few.

In 2010, Ayo Balogun fully broke into the music industry with the release of his smash hit singles; “Don’t dull”, “Holla at your boy”, and “Tease me”. Ayo Balogun’s debut album- “Super star” was released in 2011 and in June 2011 also, he performed several sold-out concerts in Nigeria, UK, and the United States.

Wizkid Biography is not complete without making mention of some of his numerous awards. Ayo Balogun won the 2012 BET award for the best African act, and between 2010 till date, he has also won several other numerous awards in Nigeria, South Africa, the UK, and the US.