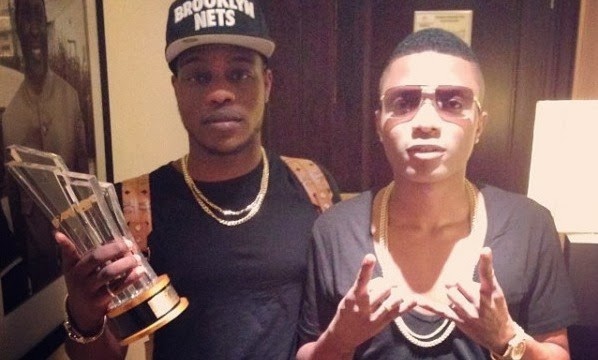 Dec 3rd, 2013 – Wizkid’s Azonto Wins The Most Gifted Video Of The Year Award At Channels O In South Africa

Nigeria had received 20 nominations and made a few, but remarkable wins, including the overall prize at the Channel O Africa Music Video Awards (CHOAMVA) which held Saturday night, at Walter Sisulu Square, Kliptown Soweto, South Africa.

The biggest category, being the Most Gifted Video of the Year, featured an unusual 12 nominees, and was clinched by Ayodeji Balogun aka Wizkid for the music video Azonto.

In its 10th edition, winners were chosen by music fans around the continent, who had voted for over two months via sms, web and WAP, were announced at a ceremony that was broadcast live on Channel O. also winning from Nigeria, in the Most Gifted R&B Video was Banky W for Yes/No. The special recognition award – the only category decided by organisers of the show also went to Nigerian R&B duo P-Square. The brothers also proved they are still very much at the top of their game by taking home Most Gifted African West Video for Alingo.

The presence of Jude Okoye, P-Square’s brother and manager at the event, may have put to rest, insinuations that the former has called it quits with his brothers. Rumour of possible tussle broke when Jude was missing at the wedding of Peter, the one-half of the singers, two weeks ago.

Touted as the longest-running and most high-profile awards event on the continent, the show featured the who-is-who of African entertainment and spectacular red carpet glamour.

The prevent razzmatazz was followed by an array of world-class performances, happening intermittently, as recipients came up stage to pick their plaques. Some of the acts of the night included Cassper Nyovest featuring Okmalumkooklat, Burna Boy, The Soil, Khuli Chana, Victoria Kimani, Buffalo Souljah, Wizkid, Aka featuring Da L.E.S., KCee, Lizha James, and Mafikizolo.

The show which was jointly emceed by Naeto C and AKA, saw the latter also walked home with the CHOAMVA’s Most Gifted Hip Hop Video for Jealousy – one of the most hotly fought genre categories on the night.

A repeat broadcast of the event will air on Wednesday on Channel O, organisers say.