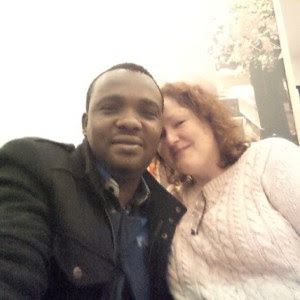 Nollywood actor Yomi Fabiyi has come under fire from a family insider who accused him of duping his Oyinbo wife, Fran for many years before finally frustrating her to divorce him.

The source who mailed NaijaGists.com on Saturday accuses the actor of fraudulently dealing with his British wife, Fran who took about 9 years from him.

The insider added that Fran a single mother of one married Yomi Fabiyi out of desperation for love and has helped him to renew his UK visa for over 3 years now. 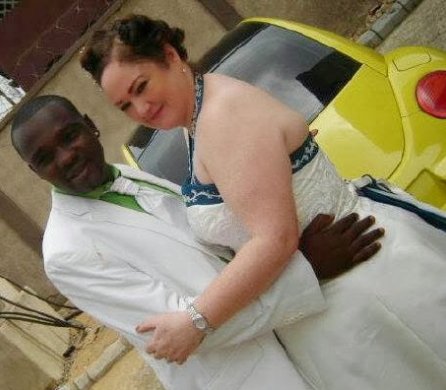 We learnt that Fran tried to reconcile with the actor last year December by sponsoring their trip to Cotonou but it seems Mr Fabiyi has made up his mind to let go of the elderly woman.

Here is a message our source sent directly to the actor:

“Uncle Yomi Eberu olorun ooo (fear God), how can you ever say you love Fran. I was there when you marry and I know what poor Fran went through out of desperation for love. You made her suffer hell and abandoned her for years so as to frustrate her out of the marriage. You used her credit card to buy designer watches and wears in London and yet promise to pay her, whatever you sow you shall reap.”

In a bid to cover up his messy lifestyle, the actor has been telling everyone who cares to know that he called it quit because his wife because she isn’t willing to relocate to Nigeria. 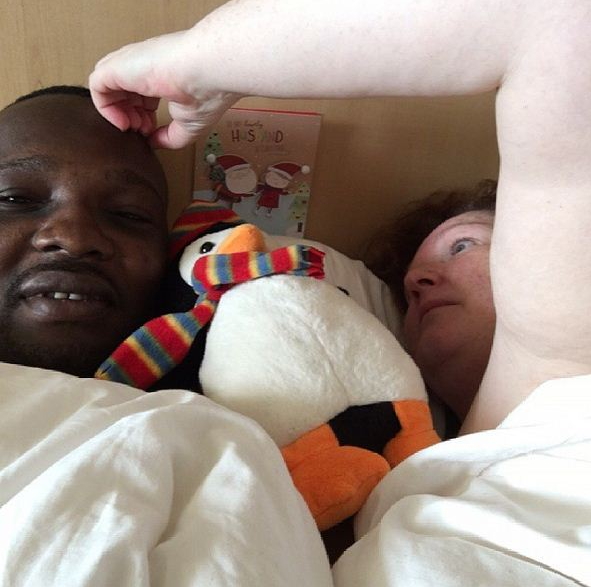 Here is what the actor told his fans on social media yesterday: 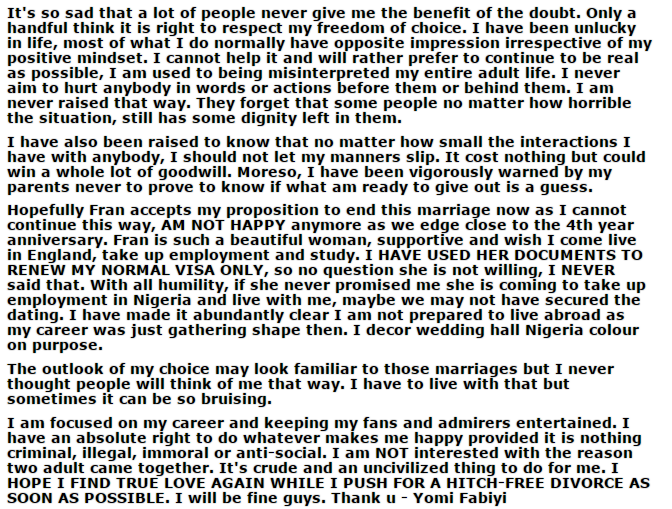 E be like say Oga don find one ‘young blood’ for Naija… Why wait till now to ask her for a divorce???