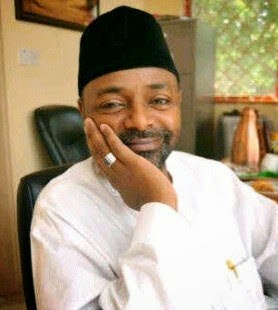 The son of late Military president Sani Abacha, Mohammed has been discharged by a Federal High Court in Abuja for allegedly receiving 100 billion naira worth of stolen property.

The Attorney General of the Federation who initially filed the 9-count charges against Abacha told the Federal Government counsel, Daniel Enwelum to withdraw the charges.

Today in Abuja, Justice Mamman Kolo discharged Mohammed Abacha and ordered the discontinuation of the trial.

It would be recalled that Daniel Enwelum was hired by Federal government to prosecute the case to its logical conclusion.

The Attorney General of the Federation alleged that Mohammed Abacha had received property worth N100.38 billion between 1995 and 1998, which was acquired unlawfully by the father and later forfeited to government.