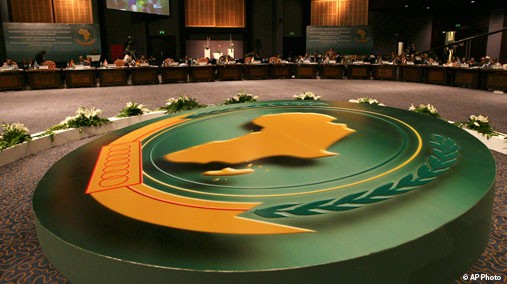 In a subtle move to further register its displeasure over the recent pardon granted embattled former Bayelsa State Governor, D.S.P Alamieyeseigha, the United States (U.S.) has excluded Nigeria from a planned summit between President Barack Obama and some African leaders on how to strengthen democratic institutions in the continent.

The presidents of four select countries from Africa, including three from West African were invited to the parley scheduled for the White House next week.

According to a statement signed on Monday by White House Press Secretary, Jay Carney, President Obama has invited the presidents of Sierra Leone, Malawi, Senegal and Cape Verde to join him next week Thursday for the summit.

The statement added: “The U.S. has strong partnerships with these countries based on shared democratic values and shared interests.”

Disclosing the purpose of the multilateral presidential summit, Obama’s spokesman added that “the five leaders will discuss strengthening democratic institutions across sub-Saharan Africa, and building on Africa’s democratic progress to generate increased economic opportunities and expanded trade and investment. “

It concluded that “The visit of these four leaders underscores the strategic importance the President places on building partnerships and substantive engagement with sub-Saharan Africa, and our commitment to working with strong and emerging African democracies.”

Coming soon after the U.S. expressed its reservations over the pardon granted Alamieyeseigha, observers of U.S. government affairs say the exclusion of President Goodluck Jonathan from the meeting is a further display of White House disapproval of the controversial pardon.

Going by Nigeria’s leadership role in the continent, especially in the West African sub-region, the exclusion is believed to be too significant to be mere happen-stance.

U.S. sources also indicated over the past weekend that plans to have Obama visit Nigeria in his second term may now be shelved also as a result of the pardon, as the U.S. President is expected to clearly distance himself from such a decision.

Although Obama has only invited four African presidents and Nigeria’s president is not the only one left out, but U.S. sources insist that by the nature of Nigeria’s leadership role in the continent, and especially in West Africa, the exclusion of Jonathan may have been well calculated.

The Guardian yesterday asked U.S. government official sources to explain the criteria for the selection, and Nigeria’s exclusion, but no response was received as at press time.