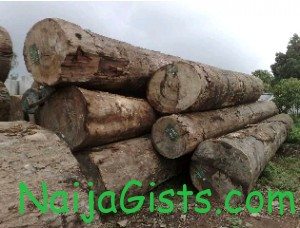 The European Union will no longer allow timber products from Nigeria into the its markets as from March 2013, according to a Nigerian official.

Mr Oye Adedoyin, the Deputy Director of Forestry, Federal Ministry of Environment, revealed this on Monday in an interview with the News Agency of Nigeria (NAN) in Akure.

Adedoyin was in the Ondo State capital to attend a Federal Department of Forestry-sponsored workshop tagged “Survey and Study on Timber: Flows to identify the extent of illegal logging in Nigeria.”

According to the deputy director, timber products from countries that have not signed the Voluntary Partnership Agreement laid down by EU are considered “illegally sourced products”.

He said since Nigeria had yet to sign the agreement, its timber products would be shut out of the European markets as from that date.

“The Voluntary Partnership Agreement is an international instrument laid down by the EU.

“Countries that have not signed the agreement by March 2013 would not have their wood in EU markets.

“Currently, Nigeria has not done that, and this has very grave consequences on our forest products. So that is a very critical aspect of this workshop which aims at sensitising government to do the right thing in this direction.

“The essence of the workshop is to sensitise those of us exploiting the forest that our products would cease to have markets in the EU if government failed to do the right thing in this direction”, Adedoyin said.

The deputy director identified corruption and the prevailing “illegalities” in the nation’s forestry sector as the major obstacles holding Nigeria from signing the EU Voluntary Partnership Agreement.

“We are aware that a lot of illegality is going on in the nation’s forestry sector in terms of mode of harvesting.

“Any wood that is not legally harvested would not find their way to international markets.

“That is a major constraint and we want to discuss and resolve all these issues here so that Nigeria will be in a position to key in to this all important agreement,” Adedoyin said.

He however disclosed that the EU provided funds lodged with the Food and Agricultural Organisation (FAO) to assist countries to be able to key in to this agreement.

The deputy director said that Nigeria had benefited from the EU fund through a study to document illegal logging in the country.

He explained that the fund was still available to the federal and state governments “if they want to access it”.

In his opening address at the workshop, Alhaji Oluboyo Lasisi, the Ondo State Commissioner for Environment and Natural Resources, decried the activities of illegal tree fellers.

Oluboyo, who said that illegal tree felling, was robbing the nation of huge foreign exchange, said that the state had closed down its forest in the last two weeks.

The commissioner was represented by Mr Oridupa Akinyemi, a deputy director in the ministry. (NAN)