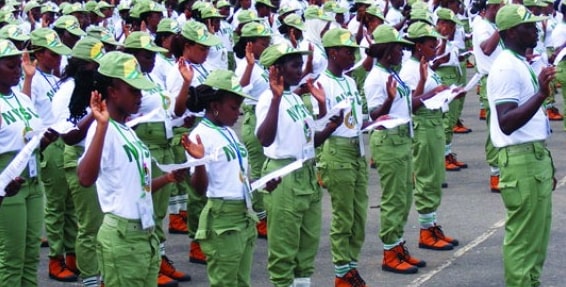 The NYSC stands for National Youth Service Corps. It is a one year service program which Nigerian youths under go after graduating from tertiary institutions. Graduates who have fulfilled all the requirements of their individual institutions are then mobilized and subsequently issued call-up letters to report to various NYSC camps located in all the states of the federation.

These individuals are posted to any one of the states within Nigeria except their state of origin. For the first twenty-one (21) days of the service year, all enlisted persons are to report to their various camps for training and orientation. The training received is given by the military however; they are mostly simple drills which is more fun than difficult. Within the first few days of arrival at the camp, Corps Members are registered and issued the official NYSC uniform which is worn in camp for certain occasions. First of which is the NYSC swearing-in ceremony which usually takes place two days after arriving at the orientation camp. However for everyday activities, Corps members are expected to always be dressed in white shirts, shorts and canvases. Failure to comply with this attracts punishments.

For the duration of the NYSC orientation camp, the Corps members have a time-table which is strictly adhered to. After the swearing-in ceremony, it is at this point that pregnant Corps members and those who wish to be re-deployed for one valid reason or the other are attended to. Those approved for redeployment are issued re-deployment letters. At the end of the three weeks orientation camp, Corp members are posted to various local governments where they are officially registered within the state and placed in places of employment, otherwise known as place of primary assignment (PPA). After a period of one year, the NYSC certificate is issued as proof of service. Without this certificate, it is more or less impossible to secure a good employment in Nigeria.  Various questions are frequently asked about NYSC, this article addresses a few of these questions. 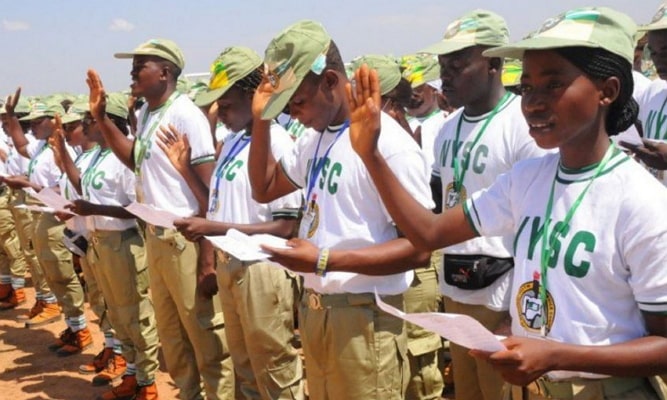 Who Established & Founded The NYSC

Under Which Government Was NYSC Established In Nigeria?

The National Youth Service Corps was established under the government of General Yakubu Gowon on the 22nd of May 1973. The NYSC was however founded by Late Adebayo Adedeji. Who served as Nigeria’s Federal Commissioner for Economic Development and Reconstruction from the year 1971 to 1975. As his office connotes, he was charged with the responsibility of reconstructing and rebuilding the Nigerian economy which was in ruins as a result of the Nigerian civil war. Hence, the National Youth Service Corps was introduced. Ahmadu Ali, a Nigerian military officer was the first Director-General of the NYSC. A post he held for about two years. The program has since then had quite a number of Director-Generals. The present one is known as Brigadier General Sule Zakari Kazaure. 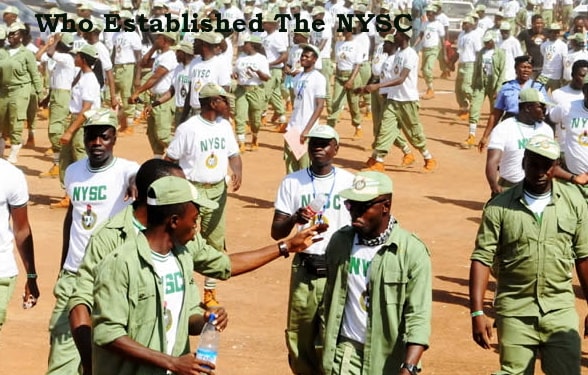 Why Was NYSC Created

As a result of the devastating effects of the Nigerian civil war which ended in 1970, the need arose to reconcile the nation and rebuild the economy. The NYSC was one of such structures put in place to promote unity. Considering what Nigeria had been through, because of the civil war, there was no better time to foster the spirit of oneness and togetherness. Hence, the NYSC program was created.

What Is The Purpose Of The NYSC

Without a doubt, NYSC was set up to foster a strong and undivided nation.

NYSC is a compulsory one year program for all Nigerian graduates. It doesn’t matter if you schooled within or out of Nigeria. Anyone who nurses any political or social ambition in Nigeria or whose plans are to get a job within the nation. You are expected to have participated in the NYSC program and are therefore expected to have proof of it. It is therefore absolutely necessary to possess a discharge Certificate or a Certificate of Exemption from the National Youth Service Corps.

NYSC Age Limit 2019: What Is The Maximum Age For NYSC In Nigeria

At inception, shocking as it may seem, only about 2,364 graduates participated in the first NYSC program. The facilities present at the time were more than sufficient for the number of Corps members on ground. However today, we find almost twice that number of graduates in just one state in Nigeria. The NYSC scheme has inadequate facilities, to carter for the present number of graduates being turned out of Nigerian tertiary institutions. Presently, well over 130,000 graduates participate in this program yearly. 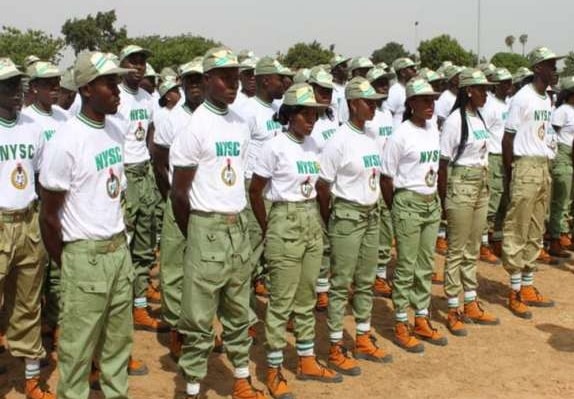 On the 1st of August 1985, a few restrictions were placed on those being allowed to serve. One of such restriction being that, any individual who at the point of graduation is over 30years of age will no longer be called upon to participate in the National Youth Service scheme. Rather a Certificate of Exemption would be issued. Therefore, any graduate who is above the age of 30 by law is not to be allowed into the NYSC program. We however find several individuals who flout this law by making a few age adjustments

Other restrictions enacted in 1985 on those being call on to participate in the NYSC program was:  whoever has served with the Armed forces of Nigeria or the Nigeria police force for longer than nine months is not eligible for the program the Armed Forces of Nigeria is made up of the Nigerian Army, Air Force and Navy. Also not eligible, is anyone employed by security agencies officially set up and acknowledged by the federation like: The Nigerian Security organization, the state security service, the national intelligence agency and the defence intelligence service.

Lastly, any individual who has been awarded a national honor of any kind would also be excluded from the NYSC program. The individuals who fall under this category should be issued a Certificate of Exemption instead.

The NYSC scheme has four important stages which include:  Mobilization and Orientation, Primary Assignment, Community Development Service (CDS), Winding-Up and Passing-out Ceremony. All Corps members are expected to have successfully passed through the above mentioned stages, to qualify for the NYSC certificate when the service year is over.

Quite a number of us are not aware that the NYSC actually has a vision and mission statement. They are as follows:

VISION – To develop a scheme that is dynamic enough to meet new challenges and become the leading light of youth organizations in Africa.

MISSION – To mobilize and groom graduate youths for the promotion of National unity, sustainable development, self-reliance and prepare them for the challenges of leadership.

At the end of the service year, Corps members always look forward to their Passing out Parade which officially marks the end of the NYSC program. The Passing out Parade (POP) signifies freedom for many as they say goodbye to the various demands and commitments that come with the National Youth Service scheme. Overall, serving in the NYSC is a fun time for most people as they get to experience new places, socialize and meet various kinds of people. They learn to appreciate individual differences and form precious bonds and make unforgettable memories.