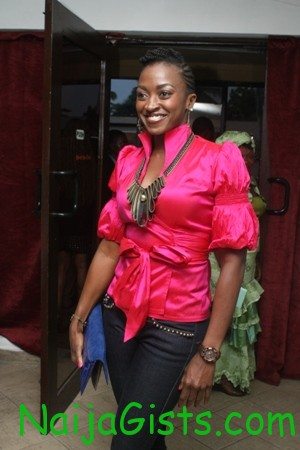 Kate Henshaw Biography is brought to you by NaijaGists.com

Kate Henshaw is one of the most popular and the most talented actresses to have surfaced in the Nigerian movie industry. The ebony-black gracious mother of one has come a long way in the industry and is, no doubt, one of the most successful actress in Nollywood. Let’s take a peep into the story of this beautiful actress, to know more about her.

Kate Henshaw-Nuttall was born on 19 July, 1971, in Calabar, Cross Rivers state, Nigeria. She was the first child in a family which had four children. She had her primary and secondary education in Lagos and Calabar respectively. She later enrolled to read remedial studies at the University of Calabar, where she stayed for one year, after which she proceeded to the School of Medical Laboratory Science, Lagos University Teaching Hospital, from where she eventually bagged a degree in Medical microbiology. Kate Henshaw later worked at the Bauchi State general hospital.

Kate Henshaw entered the world of acting in 1993, when she auditioned for an acting job in the movie “When the sun sets”. She was handed the role, which was her very first appearance in a major Nollywood movie. Since then she had featured in about 50 movies.

In 2008, Kate Henshaw won the African Movie Academy Awards for the Best Actress in a leading role for her role in the movie titled, “Stronger than pain”.
Presently, she’s presently the “face of Onga”. She also signed a very lucrative deal worth several millions of naira, with Nigerian telecommunication giants, Globacom.

Below is a list of some of the films in which Kate Henshaw featured:

Kate Henshaw got married in 1999 to British born Roderick James Nuttal. The couple had their first and only child, a daughter named Ella Nuttal, in 2000. However, reports have it that the couple filed for a divorce and was separated in 2011.

Other than acting, Kate Henshaw also directs movies and runs a number of other investments, one of which is the Kate Henshaw hairdressing and styling outfit in Liverpool, UK.

Kate Henshaw has a reputation for being unpretentiously friendly, very humble despite being very rich, industrious, intelligent, and, above all, God-fearing. Presently, Kate Henshaw-Nuttal is the most valuable actress in Nollywood, as she is worth around 70 million naira. She’s closely trailed by Genevieve Nnaji, Ini Edo, and Omotola Jalade-Ekeinde.

For Latest News On Kate Henshaw and other Nollywood stars, visit https://naijagists.com/nollywoodgossip

Join us on Facebook @ https://fb.com/naijagists for timely news updates