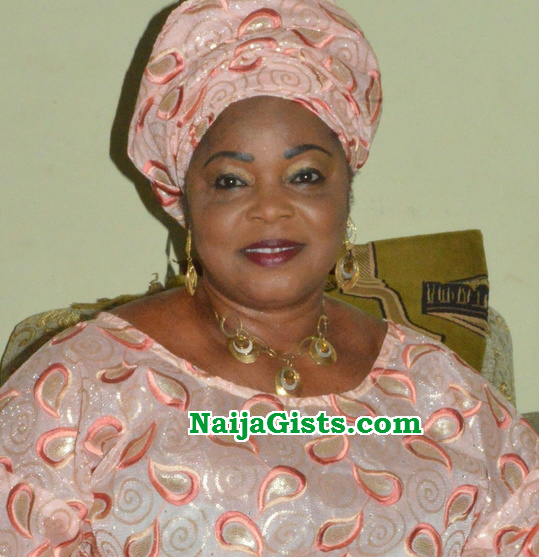 She grew up in Egbado and Ibadan with her Parents; Mr. Surakat Akinwande and Mrs. Olufunke Sabainat Akinwande.
The actress who made her debut in the TV Yoruba series “FeyiKogbon” in the ’80’s said she gives thanks to Allah for his love and mercy on her.

Hitting the landmark of thirty-five years as an actress she said many people who started the same time with her are no longer around. “A lot of people started that same time but they’re no more. Some are just there. I am not saying this to sound arrogant or mock anybody; I am just praising Almighty Allah for his love and mercy on me and my family.“
Yetunde Wunmi major break-through role was in the weekly Television Programme ‘Feyikogbon’ where she starred as Yetunde in various series then. Her husband did not agreed with her chosen career and this had an adverse effect on her matrimonial home but today she has reasons to give thanks to God. The marriage is blessed with children. She is one of the most notable actresses in the Yoruba movie industry. She joined the acting world as an apprentice under Sunday Akinola (Mogaji Feyikogbon) but later left in 1989 to team up with the Late Alade Aromire. The light-complexioned actress has appeared in so many movies that she has even lost count. These includes ‘Odun Mejo’, ‘Opa Ajobi, ‘Ade Ori’, ‘Omo Okunrin’, ‘Jawonlaya’, ‘Oro Omo Le’, ‘Aje Niyonu’, ‘Egbogi Oloro’, ‘Ori OIowo L’ori Mi’ and so many others. Taiwo Akinwande whose experience on stage, television, and films has seen her bestride the entertainment world as a colossus has several awards to her credit. Taiwo had a very bad experience during her career which she was very remorseful about. Wunmi confessed that the incident is her only regret in life.
In 2006, Yetunde Wunmi was arrested by the NDLEA for possession of cocaine. Speaking on the scandal she said “it was a shocking and sad experience, but despite that she still held on to God.

Recounting the sad moment she said this – ‘Today everything is new in my life, and I’m always grateful to Almighty Allah who actually preserved my life during my trying period.

Now, I’m hopeful that God has answered my prayer because since I came back, everything, I mean my whole life, has become new and I’m back on my feet with renewed hope and vigour’. God only used the incident as a lesson for me.