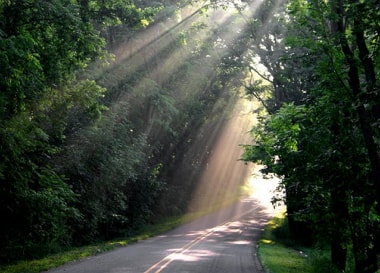 For as many that take life seriously would end up hurting themselves as life is a flash or blink of the eye.
Many people have taken time to talk about life but most have also found it difficult to explain what it is that is after life. Life is good to some, unfair to some, bad to some, all in one to others.

Everyone has forgotten karma exists; whatever is it you sow you shall reap. A lot of writers have spoken deeply about life and how to live in it, everyone has their own perspective but many don’t actually understand the true meaning.

I don’t know what it is life is and can not counter another person’s definition but many haven’t justified their definitions. Life is about give and take they say, so why is it that a lot who don’t give still get? Some believe there are forces controlling the activities of the universe, then why allow our discoveries into space and other researches that would expose their identities?
One important factor about life that still works and directs the affairs in it is BELIEF. It is a term that no one can vastly explain without criticism. Belief is when a man does good and expects or thinks he is doing the right thing and there is some reward for him somewhere from an unknown source.

Why do good? Is it because there is Heaven or we are just being good for the sake of being good? As far as I can remember, we humans are only being controlled by laws we made by laws we made ourselves. We are naturally made savages. You don’t believe? How about reading LORD OF THE FLIES by GOLDING. Those little children who were brought up in civilized environment crashed in an unknown island without an adult and forgot all about laws and civilization. What then should we do?

I believe being good is a matter of choice and being bad is by choice too. How? Imagine a son whose father was a drunk and hit his mum every time and hit him also and grew up with such hatred inside of him. He is likely to convert his hatred to love for his wife and kids because he fully understands what not being loved means and does not want his children to know how it feels or become as wicked as his father and becomes a problem to the society.

Though, the person might have found it hard loving. That’s where the society comes in. a random person showing such a person love is just a way of erasing his dark past and transforming him to being a better person. Now being good is usually rewarded too, many good deeds by people are usually rewarded in many ways. As there are two sides to a coin so also is bad deeds penalized by constituted authorities assigned to see to the punishment.

Belief, so strong it inspires and also discourages. Some believe in things, people, idols, ideologies, philosophies and many things. What one believes in makes him who he is. Whatever one believes controls his behavior and helps to either better the society or dent it the more. A lot of people believe there is God and others do not. Now, people who believe there is a God controlling the affairs of the universe and also provides life after death in a place called Heaven sees people who don’t as sinners and are going to be punished by being cast into a place called hell fire. Other people to see them as the

wrong ones and are going to punished by their own god. The question now is which is the right and true religion?
We forget the most important things about these things. The fact that they all preach being good and always do the right thing. All we see is the fact that others are wrong and would be judged for not accepting each other’s religion. What one believes determines a lot, it might not necessarily be a religion. It might be an ideology or a philosophy yet still be good. Sometimes, a lot of people believe the wrong things and go astray and might not find their way back to the right part or discover they are wrong at the very last minutes if their lives. A good example is that of suicide bombers; they sometimes are victims of wrong ideologies from people seeking vengeance or people who aren’t mentally stable.

We can be better if we just put aside the part where other people will be judged by our religion and focus on the correlating theories. There are a lot of times when a lot of misunderstandings could be avoided but because of what we so much believe in we fail. Imagine someone who already knows of an engineering profession mainly needs trousers when on site or factory to avoid hazards and then finishes and is unable to put on trousers because of something she believes in. Such a person is to blame if there is any clash or ideology because, she must have been aware of such theory right from the beginning and was postponing till it finally dawned on her.

Belief is useful and essential for us as humans, yet very dangerous if taken too seriously. If taken too far, it becomes a god and controls us which could lead to creating something else. A lot of ideologies and believes even laws can be altered or totally scrapped so one should not put all of his mind and time into those things because as time goes by, so does a lot of things change due to advancement and discoveries of new things. We can be swayed away by improvements or upgrading of things we believe in.

A lot of things might have undergone improvements and alterations but being good, evil and karma have not. Whatever one deem right and good and he strongly believes in, he should continue.