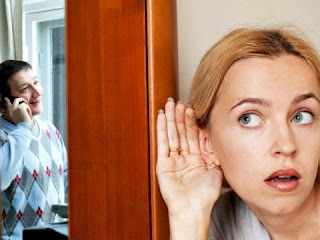 Emotional infidelity as it pertains to relationship is a very complex issue . I would not ordinarily want to explore it as things can sometimes be unclear and easily denied by people who practise it.

Some folks may not know that being so close to others emotionally could pass for infidelity even when there is no sexual contact.

What really makes emotional infidelity difficult to explain is the fact that it does not necessarily involve physical sexual contact which someone can easily classify as unfaithfulness to his/her spouse. As a matter of fact, every attachment of sexual feelings is vehemently denied and distorted. You’ll always hear them say, “We are just friends”. “We work together and have a lot of things in common”. Loads of excuses and explanations are used to support this dicey game played by couples.

Steve, as I choose to call him, had real issues with his wife when she found out there was a particular girl he kept sending soft text messages and uncountable emails flowed between them with personal connotation.

At first, she did not want to confront him but as things progressed, she had a feel that if nothing was done quickly, her marriage could fall apart. She summed the courage and approached her husband who first of all made her feel like a jealous roaster who does not want anyone near his territory; he called her all sort of derogatory names just to belittle her suspicion and when all of those did not work, he came up with the explanation they were just friends and nothing more.

The woman felt too uncomfortable to accept it and went further to investigate: her shock was that they also spent lunch time and sometimes after work together in pubs. That was when she added one to two and concluded this was the reason for his recent occasional late home coming. Her husband still denied any form of sexual activity but this did not stop her from feeling betrayed and lied to. She had to seek counsel and fortunately her husband heeded; disengaged with the other lady and settled with his wife.

Whether there is intimacy or not, it is good to note that when one partner is emotionally attached to a third party outside their relationship, there is likely to be distance and lapses created in the original relationship. Loving two or more persons equally and satisfactory can be very challenging. This is why it is easy to notice when one partner is distracted in the relationship/marriage. In most cases, a greater percentage of time and energy goes to please the newly found love while the other is left in the cold.

People who thought they were very smart and able later confessed to the fact that it was draining to shuttle between relationships. Lots of lies have to be told, divided attention could make you sick, financial demands become crazy, emotional energy heavily depleted and coping with job, health, etc becomes an issue.

The loud cry of “no sex” is just to confuse people. We all know that when two people keep on seeing themselves and sharing personal interest and problems, it would be a matter of time before they find themselves in the arms of each other. It is true that they may take time before the first kiss but once it happens every other thing follow closely and it might be too late or difficult to separate them.

A man once sent a note to me about his wife’s closeness with their son’s class teacher. It started out with her going to meet the teacher for extra attention for their child who was becoming careless about school work. His poor performance was traced to the bad company he kept at school which they felt the teacher could help keep an eye on him. Working with the teacher to help the boy brought them so close that the teacher was now the woman’s confidant and when the man found out, he was totally unhappy. Unluckily for him, he lost his wife to the teacher: she moved in with the teacher and later got married. What started out as a help matter ended up in marriage; from non-sexual to sexual- what a shame!

This is why couples should be careful of those extra things done with others and watch when it is spiralling into something else. Does this mean married people should not talk to others? No. Does it mean they should suspect every move their spouses make? No. Adults are free to relate with whosoever they choose to but let there be clear boundaries and care should be taken not to expose your relationship.

In most cases, people who easily fall prey to emotional infidelity are those who are dissatisfied in their relationships. If your spouse is hurting as a result of the way you treat him/her, they are likely to find people they can confide in and share their pains. In the process of comforting them, anything can happen. The reason for marriage is to bring two lives together to share both good and challenging moments: keep to your spouse and find solace in their love. Couples should not be looking out once there are problems in their union; find a way to sort out your issues, don’t think it’s better out there- everyone is sorting something in their own lives. You might be tempted to think the person you are seeing from afar is better than your spouse but that is a big lie; people will always be people. Love what you have.

Sincerely speaking, expressing love to your spouse is a powerful tool that can keep you together. Give them what they cannot find outside, give them a reason to hang out with you, make life pleasurable, keep calm and accept people’s weaknesses as part of life.