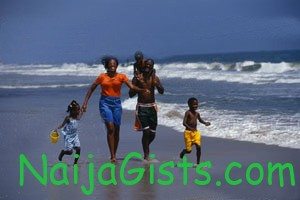 The organizers of the first ever Lagos Beach Marathon, Community Agenda For Peace, CAP, recently disclosed that the aim of the championship is to celebrate Nigeria’s Green Independence. naijagists.com

The one-day tournament will hold on Saturday, 29 September. It will start at the Alpha Beach and terminate at Lekki Beach on Lagos Island.

According to Barrister Obuesi Phillips, the Coordinator of CAP, the inaugural edition of the Beach marathon will “simply be ceremonial as the NGO wants to use it as a campaign platform to celebrate Nigerian’s Green Independence, requesting governmental intervention in the control and combating erosion, especially along the Lagos coastal corridors.”

He said the CAP has reached out to the Athletics Federation of Nigeria, AFN, for collaboration  and partnership to the make competition a full-fledged sporting activity.

Phillips said that with the support from the sponsor RLG Communications, prize monies and gifts of mobile phones will be given out to winners at the end of the marathon race.

“There is handsome package for the first woman that breasts the tape on that day and more importantly, every participant will be a winner as there will be a lot of gifts to share courtesy of RLG Communications,” Phillips said.

He said the event will start by noon with entertainment flavour from renowned Nigerian musicians. He disclosed that at least 65 people have registered online for the event, while more are expected to come in on the day of the race.

Legal and Corporate Affairs Manager of the sponsor company, Didam Mandillas said: “The Lagos Beach Marathon is organised to, not just celebrate our independence anniversary and promote tourism, but also draw attention to the erosion of the Lagos coastline and its attendant consequences as evidenced by the fatalities occasioned by the flooding that claimed lives not too long ago.

He assured that RLG Communications will continue its sponsorship of the Beach Marathon because it believes in the organisers and their campaign on a free environment for Nigerians.