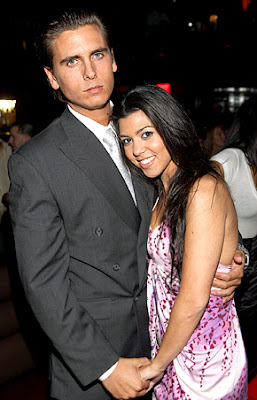 For the lack of trust in Marriage, Kourtney Kardashian has rejected her partner, Scott Disick’s marriage proposal for the 4th time since she became pregnant with their second baby.

According to the National Enquirer, Kourtney’s mother, Kris Jenner has been blamed for her rejection.

Jenner is against the marriage in order to protect the family’s fortune.

Scott, 29, is asking for his own “fairy tale” wedding like Kourtney’s baby sister, Kim’s marriage to Kris Humphries in October 2011.

“Scott doesn’t want to raise another baby as an unmarried couple so he’s putting the heat on Kourtney to marry him soon, but Kourtney won’t bow to Scott’s wedding pressure.

Since she found out she’s pregnant, Scott has proposed four times – most recently in May with a $60,000, two-carat diamond engagement ring.

Yet again, Kourtney said no and told him that her mom would disown her if she accepted,” an insider says.

Scott and Kourtney have a 2-year old son, Mason, and another baby-a girl is due early July.

This woman needs to make up her mind. Is she going to marry her mother.