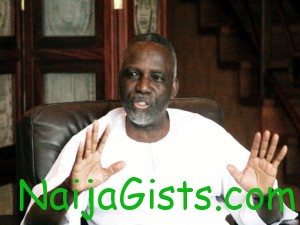 See his statement below.

“President Goodluck Ebele Jonathan has accepted the resignation  with immediate effect of the Minister of Power, Prof. Barth Nnaji. President  Jonathan thanks Prof. Nnaji for his services to the nation under the  present administration and wishes him well in his future endeavours.”

Few months ago, Nnaji was hard pressured due to the unstable power situation in Nigeria.

It looks like the guy can’t handle the pressure anymore.