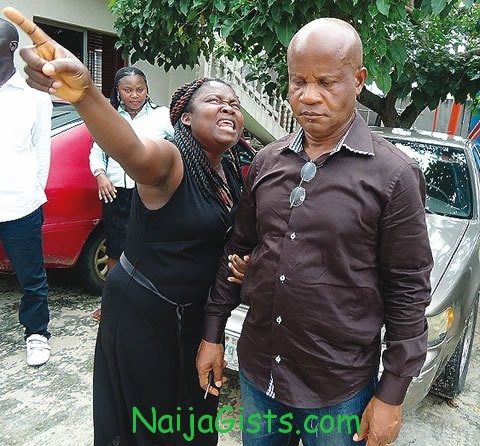 The Ikeja branch of the Nigerian Bar Association says the ongoing trial of alleged killers of four students of the University of Port Harcourt should not stop “a responsible government” from compensating the families of the victims.naijagists.com

Acting Chairman of the branch, Mr. Adesina Ogunlana, said this at a press conference in Lagos on Tuesday.

He said governments at all levels owed the families of the victims the duty of reducing the attendant pain of the brutal loss of their loved ones by compensating them.

He said, “Some lives have been lost. The manner of the death of the victims is clear. They were not killed by the act of God. They did not die in their sleep.

“The case that is in the court should not stop any serious and responsible government to do anything to assuage the pains of the families.

“If you ask me, I will say both the federal and the state government and even the Local Government where the students were killed should compensate the families.”

In his address on the state of nation entitled, ‘Nigerian’s Hobbesian state of nature, a portent of a coming tragedy’, Ogunlana described the killing on October 5 as “outrageous”.

He said the Ikeja branch, the national leadership of the NBA and the branch of the association closest to where the incident occurred would work out how to be involved in the prosecution of the perpetrators.

Those who have so far been charged in connection with the killing of the four undergraduates were allegedly part of a mob that tortured them in Omuokiri-Aluu in Ikwerre Local Government Area of Rivers State.

Also referring to a similar incident on October 1, when gunmen attacked a students’ hotel in Mubi, Adamawa State and killed 24 students, Ogunlana said such recurring incidents had made life “so cheap and valueless” in the country.(punchng)