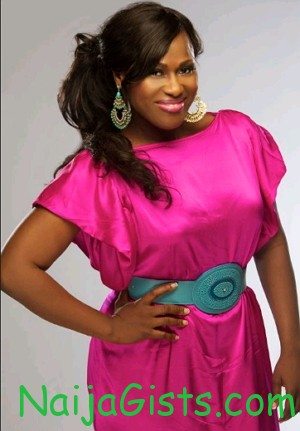 Highly Compassionate and lively, Uche Jombo was a precocious raconteur at a young age, playing dress up and telling stories in her home town of Abiriba, Abia State, Nigeria.

Always the energetic and the dramatic one, she was the leader of her peers she however went on to be a graduate of Mathematics and Statistics from the University of Calabar and Computer Programming from the Federal University of Technology, Minna.

Ironically, Uche’s future ambitions did not include being in front of a camera but being at the right place at the right time, Jombo was cast in the 1999 movie, Visa to Hell and came to love her job as an actress. With 60 movies to her credit, she has become one of the internationally acclaimed Nollywood actresses.

On a fast rise, Uche Jombo began writing and co-writing several movies some of which include: The Celebrity, Games Men Play, Girls in the Hood and A Time to Love. Jombo has also co-produced films such as Nollywood Hustlers, Holding Hope and her latest work, Damage which deals with the issue of domestic violence in homes: a socio-economic cause that’s very personal to her. Uche Jombo is presently an ambassador for Globacom, one of Nigeria’s telecom giants.

In recognition of her contribution to the film industry in Nigeria, Ms. Jombo has received several awards including the award for Best Actress by AfroNolly Group in 2008 in London, England; The City People Entertainment awards for Best Actress 2010; Life Changers award, (Nollywood Personality of the Year) United Kingdom; Humanitarian Award for Haiti in New York, USA; Abriba Youth Honour of Pride Award 2010, Abriba, Abia State as well as the Abia State Honours Award 2010 .

Uche Jombo has won millions of fans worldwide and continues to blaze trails and inspire others around her. She has evolved and come into her own as a versatile actress, able to hold her own anywhere and on any stage. She’s a believer in the new Nollywood and is committed to seeing a quantum leap in the quality of the industry’s output through her efforts via her production house. [Source: Uche Jombo Official]