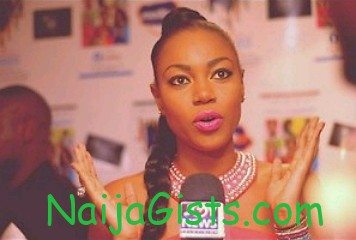 Updated June 19, 2013 – Yvonne Nelson Biography & Profile: All About Yvonne.. Who Is She Dating

For folks who do not know her, Yvonne Nelson is a top Ghana-born actress who was a former beauty queen and a contestant for Miss Ghana Pageant beauty show.

She came into limelight for her role in Playboy and Princess Tyra movies.

After an interesting role in the aforementioned movies, the actress’s fame quickly rose throughout Africa and worldwide.

So many things have been said about the actress who became a bit controversial in her secret romance with several men in the past.

According to records, she once dated Nigerian singer Onoyum Mbuk popularly called Iyanya.

It was rumoured that the two beautiful ladies fought over the handsome man who later dumped both of them.

Yvonne Nelson has since debunked the rumour. She claimed she has never dated Iyanya and that both of them are just good friends with no strings attached.

Gossips say the two were spotted holding hands at a birthday party in Lagos. Though the actress never debunked the rumour… It all died down.

As we speak the beautiful actress has become a movie producer after the release of her movie few months ago.

Who Is Yvonne Nelson Dating?

A little has been said about who she is dating presently but it’s likely the actress is keeping her romance from the preying eye of the media. Hopefully she will come out soon to tell us her real man.

For latest news on Yvonne Nelson and other African movie stars, visit us at naijagists.com.

In our Nollywood corner, you will find exclusive gist on Nigerian movie stars and their day to day life.

Yvonne Nelson as we speaks is not a stranger to Nigeria. She visits Nigeria often and has been involved in movie projects in Nollywood movie industry.

She is surely one of the top actress of today and by the way, she is beautiful too.