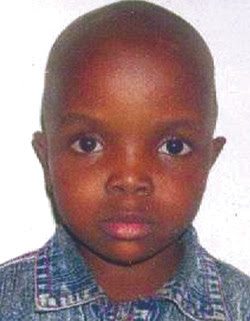 A Lagos pastor, Rev. Tom Joseph, has been arraigned before the Yaba Magistrate’s Court following an allegation that he gave some concoction to a six-year old girl, Victoria Duff. She allegedly died instantly after drinking the substance.

The pastor is now facing a murder charge before the presiding Magistrate, Mrs S. K. Matepo.

It was learnt that the 49-year old cleric allegedly prophesied to the parents of the victim that she was possessed of evil spirits and needed to be delivered.

During the deliverance at his church located at 2, Joseph Kayode Street, Oke-Ira, Lagos, southwest Nigeria, he reportedly gave the girl some concoction which she drank.

We learnt immediately the girl drank the substance, she slumped and died.

The parents of the victim insisted that their daughter was killed by the pastor due to the poisonous substance she drank.

They argued that it was not the popular anointing oil often used for deliverance as claimed by the pastor, otherwise their daughter would not have died.

The matter was reported at the Oke-Ira Police Station and the pastor was arrested while the matter was transferred State Criminal Investigation Department, Panti, Yaba, Lagos where he was interrogated before  being charged to court.

The police alleged that the offence he committed was contrary to Section 221 of the Criminal Code Law of Lagos State of Nigeria 2011.

He pleaded not guilty and the presiding magistrate granted him bail in the sum of N1 million with two sureties who must own a landed property in Lagos State.

The matter was adjourned till 12 July, 2012 while he was remanded in prison custody at Ikoyi pending when he would  meet the bail conditions.