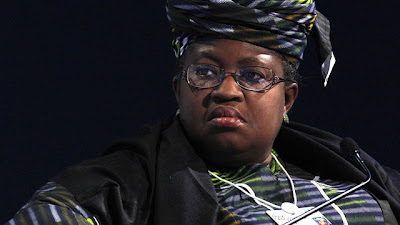 Despite assurances by the Federal Government to reduce domestic borrowing, there are indications that it will raise N633.85bn from the bond market in 2013.

The Medium Term Expenditure Framework 2012 – 2014 obtained by one of our correspondents in Abuja on Monday showed that out of a proposed expenditure of N4.83tn in 2013, the Federal Government would resort to the domestic debt market to borrow N633.85bn.

Coordinating Minister of the Economy and Minister of Finance, Dr. Ngozi Okonjo-Iweala, had at a forum raised the alarm over the nation’s domestic debt, which stood at $38.37bn (or N5.97tn) as at March 31.

She also disclosed that the Federal Government would establish a sinking fund aimed at reducing the volume of the domestic debt.

In an apparent contradiction of this intention, government, in the MTEF prepared by the Budget Office of the Federation, said it would run a deficit of N833.85bn in 2013 and 76.01 per cent of this would be funded through borrowing from the domestic debt market.

Other funds for the deficit are N50bn to be obtained from signature bonus and N150bn from the Stabilisation Fund/Excess Crude Account.

According to an exclusive report, the Federal Government’s domestic debt burden rose by N1.21tn between March 2011 and March 2012, a 12-month period.

Given the size of the domestic debt, the government had in the 2012 budget provided a total of N511.98bn for servicing domestic debt.

The amount proposed for servicing domestic debt would increase to N543.38bn, reflecting the increment expected in the volume of domestic debt in 2013.

The MTEF document also showed that the Federal Government would spend N1.69tn on personnel as against the N1.65tn it proposed on the same item in 2012.

There has been a steady increase in the nation’s wage bill since 2005. As at 2005, the Federal Government spent N443bn on salaries.

The proposed expenditure in 2013 would reflect an increase of 275 per cent from the 2005 wage bill.

The MTEF showed that the administration of President Goodluck Jonathan was targeting gross federally collected revenue of N10.09tn for 2013.

The amount represents an increase of N40bn or five per cent over the 2012 figure of N9.69tn.

It proposed an oil production of 2.55 million barrels per day. The 2.55 million bpd would be anchored on an oil benchmark price of $70 per barrel for the 2013 fiscal year.

The 2013 oil production figure represents an increase of 70,000 barrels per day or three per cent over the 2.48 million bpd approved by the National Assembly in 2012.

The National Assembly had anchored the 2.48 million bpd on an oil benchmark price of $72 per barrel.

The MTEF is the basis for which the annual budget of the Federal Government is prepared.

Specifically, Section 18 (1) of the Fiscal Responsibility Act states that the MTEF shall be the basis for the preparation of the estimates of the revenue and expenditure required to be prepared and laid before the National Assembly after being endorsed by the Federal Executive Council.

With all these needless borrowing, what is the way forward for Nigeria?