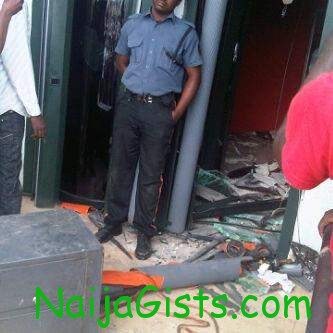 According to sources, the 3 men died in a gun battle with the suspected armed robbers who attempted to steal a huge amount of money withdrawn by a customer of the bank & the police.

We learnt two of the robbers were killed while the other 2 were arrested.