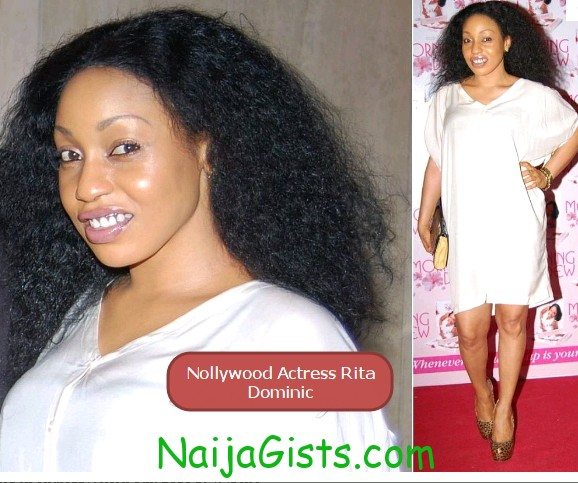 Rita Dominic Biography is brought to you by NaijaGists.com

Nigerian actress, Rita Dominic was born on July 12, 1975, in Mbaise, a town in Imo state of Nigeria into the royal Waturuocha family of Aborh in Mbaise.

Her father was a medical doctor, and her mother was a nursing practitioner. Rita Dominic is the last of the four children born to the family. So, as an answer to the much asked question, “how old is Rita Dominic?” presently, Rita Dominic age is 42 years.

Rita Dominic had both primary and secondary education in Abia state before proceeding to the University of Port-Harcourt, for her tertiary education. There, she studied theatre arts and graduated with a Bachelor of Arts (B.A.) degree in 1999.

Rita Dominic started displaying her talent and love for acting right from childhood, as she played very active roles in many school plays and children’s television shows in her state. However, her journey to stardom began in 1998, a year to her graduation from the University, when she starred in her very first movie titled “A time to kill”. Since then, she had featured in over 100 films in Nollywood and she is being regarded as one of the most successful actresses to have ever surfaced in the industry.

In 2004, she won City People Awards for the most outstanding Nollywood actress of the year.

The following is a list of Rita Dominic movies:

Presently, Rita Dominic is worth over fifty million naira in assets, and is one of the top five richest actresses in the Nigerian movie industry.