Posted on January 24, 2013 by Naija Gists Leave a comment 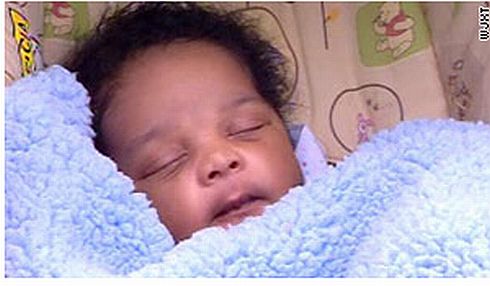 A nine-month-old girl, who was kidnapped in Ilorin has been found in Ibadan. Narrating the incident that led to the recovery of the child to newsmen in Ilorin yesterday, the Police Public Relations Officer (PPRO) Fabode Olufemi, said: “On January 18, a case of kidnapping was reported at Oro Police Divisional Headquarters. The case was later transferred to the state CID. “It was a case of a nine-month-old child that was missing.

On receiving the information, the state CID moved to Ibadan. On getting to Ibadan, around Oraamiyan area of the city, the girl was discovered. Her name is Funke Alaba. “The suspect was Miss Shade presently at large and the police is working on how to arrest her. The girl has been released to the parents today. “Shade was a long time friend to the mother of kidnapped girl.

She came around and was playing with the mother and when the mother went into the kitchen to prepare food. In the course of preparing the meal, Shade took the girl and disappeared. “From our investigation, we discovered that Shade brought the girl to Ilorin, bought her dress and other necessities before she later moved to Ibadan.

Everybody was happy. She later abandoned the girl with the old woman and ran away. The mother of the kidnapped girl was living at Oke-ola in Oro.”