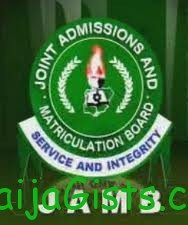 Prof. Dibu Ojerinde, the Registrar of the Joint Admissions and Matriculation Board (JAMB), says candidates are to answer questions by e-testing in the 2013 Unified Tertiary and Matriculation Examination (UTME).

The registrar made the disclosure in an interview with the News Agency of Nigeria (NAN) in Bwari on Tuesday.

He said that by e-testing, every candidate would answer questions on computer and await the marking of the scripts by the computer automatically.

“The board shall be commencing e-testing in the 2013 UTME for candidates because this is what is obtained everywhere in the world,” he said.

Ojerinde explained that e-testing would facilitate quick delivery of results to candidates and reduce anxiety by candidates who had been previously waiting longer for their results by manual testing.

The registrar said that e-testing for candidates would be optional in the 2013 UTME to ensure qualitative and total delivery by the board.

He also said that charges for the 2013 UTME forms might increase, due to the cost of maintenance of the computers to be used for the testing.

He said further that the cost of subsequent forms would come down after some years of full implementation of e-testing.

Ojerinde said there would be at least one e-testing centre in one state of the 36 states of the federation for the 2013 UTME.

The registrar said the actual date to start the sales of 2013 UTME forms had not been announced, adding that the board would meet in September to decide that.