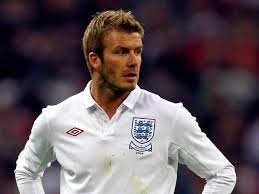 David Beckham is out in front as the highest-paid player in world football, according to a report that appeared in Tuesday’s edition of France Football magazine.

The veteran Englishman, who joined PSG in January on a short-term deal until the end of the season, is nearing the end of his playing career but still comes in ahead of world player of the year Lionel Messi and prolific Real Madrid star Cristiano Ronaldo.

Beckham, who left the Los Angeles Galaxy in December, is reported to have earned an annual salary of 1.7 million euros, with his income supplemented by 1.3 million euros in bonuses and some 33 million euros from other sources, including advertising deals.

The 37-year-old Beckham revealed after signing for PSG that all money due to him from his contract with the French giants would be donated to charity.

In contrast, Messi’s income of 35 million euros includes 13 million in salary and bonuses, with the remainder coming from advertising and other sources.

The magazine also reports that Real Madrid coach Jose Mourinho is the best-paid coach in the world game, earning 14 million euros a year.