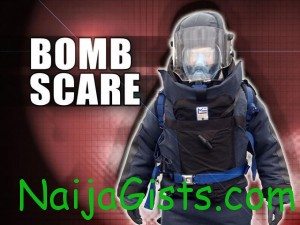 In the period under review, the command  uncovered about 45 Improvised Explosive Devises (IED) across the country, 30 of which were professionally defused and rendered ineffective while 15 were identified and neutralised.

The command embarked on bomb threat awareness lecture for members of the public basically on Improvised Explosive Devices(IEDs) components and bomb identification and response techniques. This is to ensure the protection of lives and property of the people.

According to the Commissioner of Police in charge of B Department of the Anti-Bomb Command, Ikeja, Lagos, Mr Foluso Adebanjo, “the support, commitment and initiatives of the Inspector-General of Police, Mr Mohammed Abubakar, have made our duty less cumbersome and enhanced our productivity. One of such initiatives is the approval for the training and mobilisation of additional 500 policemen,100 of whom have been trained to beef up the unit workforce in states while another  EOD training  is set for additional 200 policemen starting this month”.

Adebanjo, therefore, urged members of the public to report to the police, any suspicious objects found anywhere or reasonably suspected to be an explosive, warning that such objects should not be tampered with.

He assured the public of the command’s efforts to check the misuse of IEDs in the society.