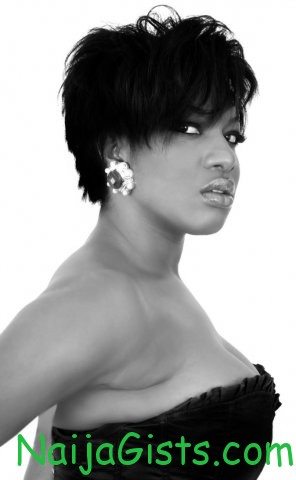 Chika Ike biography shows that the prolific Nigerian Nollywood actress and model was born Chika Nancy Ike on the 8th of November , 1985 in Onitsha Anambra State, Nigeria. She grew up in Lagos Nigeria, but it was not until the year 2004 that she started professional acting.

Chika Ike is one of the few actresses that have been featured in over 100 Nollywood movies. Chika according to her parents has always had so much love for acting, most especially at her young tender age, she bagged the nickname “Fancy Nancy” from her parents and school mates because of her love for playing short dramas while looking at herself in the front of the mirror.

The first of the Chika Ike movies was shot in February 2004, when Chika went for the audition of Chico Ejiro’s movie- Sweet love. Though she got a minor role but it didn’t take long before she got another role in Tchidi Chikere’s movie flick – Standing alone. Chika Ike has since appeared in several prominent movies such as; bless the Child, My Prince and my princess, Paradise, Wisdom and Riches, and Emotional blackmail.
In 2005 Chika Ike got a recognition award as well as an African Movie Academy Award {AMAA} , as the best upcoming actress of the year, just 2 years after she featured in her first movie.

In 2006, Chika Ike wedding news was the talk of the town, most especially among Nollywood movie lovers and social media sites. The superlative wedding was held at Chika Ike’s home town and was well attended by top players in Nollywood as well as politicians and business moguls from Delta state where Chika Ike husband family hail from. The wedding lasted till late 2011.

One of the most prominent Chika Ike latest news is that she is having problems with her 5-year old marriage. Chika Ike husband of 5 years- Tony Ebireri was reported to have made serious allegations of infidelity against Chika in several instances and it looks like Tony- the Delta state born corporate guru is not taking issues lightly with the popular beautiful actress.

Chika Ike divorce rumours has been the subject of discussion in several social network sites as well as gossip magazines, however the actress is still tell whoever cares that her wedding is still intact despite glaring evidences that her husband has moved on with his life and putting his political career in order.

One of the latest movies that features Chika Ike is “Assassins” a movie that is presently being shot in Sierra Leone with other popular Nollywood actors and actresses like Mike Ezuruonye and Steph Nora.

According to Chika Ike, her father remains her biggest fan and she has a lot of respect for him. Chika is selective about the roles she plays in movies, she said she loves reading, working out or traveling when she is not on movie set locations. Chika owns a boutique in the capital city of Abuja and she is also involved in several businesses.