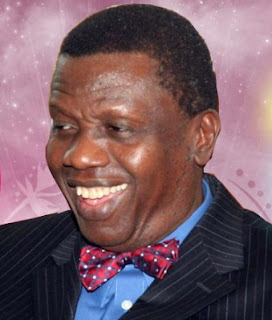 When God wants to liberate His people, He brings up men whom He knows are capable of shepherding His flock. This, surely, is the case of great man of God, Pastor Enoch Adejare Adeboye, whom He has chosen to take this mantle.

Pastor Enoch Adejare Adeboye born on March 2nd, 1942 in a remote village of Ifewara, situated in the South-western region of Nigeria was raised in a humble family of 4 children.

His father was an illiterate farmer and did not believe in educating any of his children.

The family was extremely poor that they couldn’t afford his school fees.

Even with his poor and humble background, he still had a strong passion to go to school and also had a determination to succeed in every aspect of life.

Pastor Adeboye’s determination to seek formal education made him to embark on a hunger-strike in a bid to persuade his father. This eventually made his father to give in and sold his goat in order for him to pay his son’s school fees. Finally, Enoch was enrolled at the only missionary school in their village as at that period of time.

Enoch’s passion and desire to succeed earned him an admission to Ilesha Grammar School, Osun State, Nigeria in 1956. He had a strong passion for anything Science-related and this passion was rewarded with an admission to study Mathematics in the University of Nigeria, Nsukka, Nigeria.

After his BSC, MSC and PhD degrees, he served as a lecturer in department of Mathematics at the University of Lagos and Ilorin; which was after he joined the RCCG in 1973 and was then working to translate most of the sermons of its founder and the then pastor, Rev. Josiah Olufemi Akindayomi, from Yoruba into English.

With so many motivations and passion to always excel, he also desired to become the youngest Vice Chancellor (University President) of any one of the Universities in Nigeria.

Even though, this wasn’t a greater career compared to his calling to serve the Lord, Enoch Adeboye got married in 1967 at the age of 25, to his beloved wife and missing rib, Foluke Adenike Adeboye (nee Adeyokunnu), as she was popularly known by her nick name.

He and his wife faced a lot of challenges, including that of having children. They had two children through caesarean operation and the doctors advised them against having more children. In their desperation to have more children, they embarked on a spiritual journey to seek solutions to it. They were finally blessed with 4 children, all of whom became pastors later on in life. His wife is also a pastor.

Pastor Enoch Adeboye was appointed the General Overseer of RCCG in 1981 and was to take over the mantle of authority from Papa Akindayomi, who died the previous year.

During the period of 3 years, Pastor Adebayo occupied the part time role as the General Overseer of RCCG while still lecturing at the University of Ilorin, Nigeria. Finally, he gave up his teaching job to preach the gospel full time and focus more on his services to the Lord’s house.

The church has several branches globally in over 196 countries as at March 2017, with more than 14,000 branches in Nigeria. According to him, he desires to have a church which should be much closer to every person here on Earth.

Pastor Adeboye is the current national president of the Redeemed Christian Fellowship (RCF – an interdenominational fellowship situated in all campuses in Nigeria) and is under the umbrella of Christ the Redeemer’s Ministry (CRM) where he is also the founder and president.

Recently, there was a regulation in Nigeria by the financial regulation council which is affecting all the registered churches, mosques and Civil Society Organizations and groups. These regulations were put in place in order to place a 29 year cap on the leadership tenure of these categories of organization. However, on January 7, 2017, Pastor J.O. Obayemi was then appointed to take head of the church in Nigeria, while Pastor Adeboye retained the General Overseer of RCCG on a global note.

To this date, Enoch Adeboye is the:

Pastor E.A. Adebayo is a man after God’s heart. God has used him to touch the life of so many in the world, even till today.

May the name of God be praised now and forever. Amen