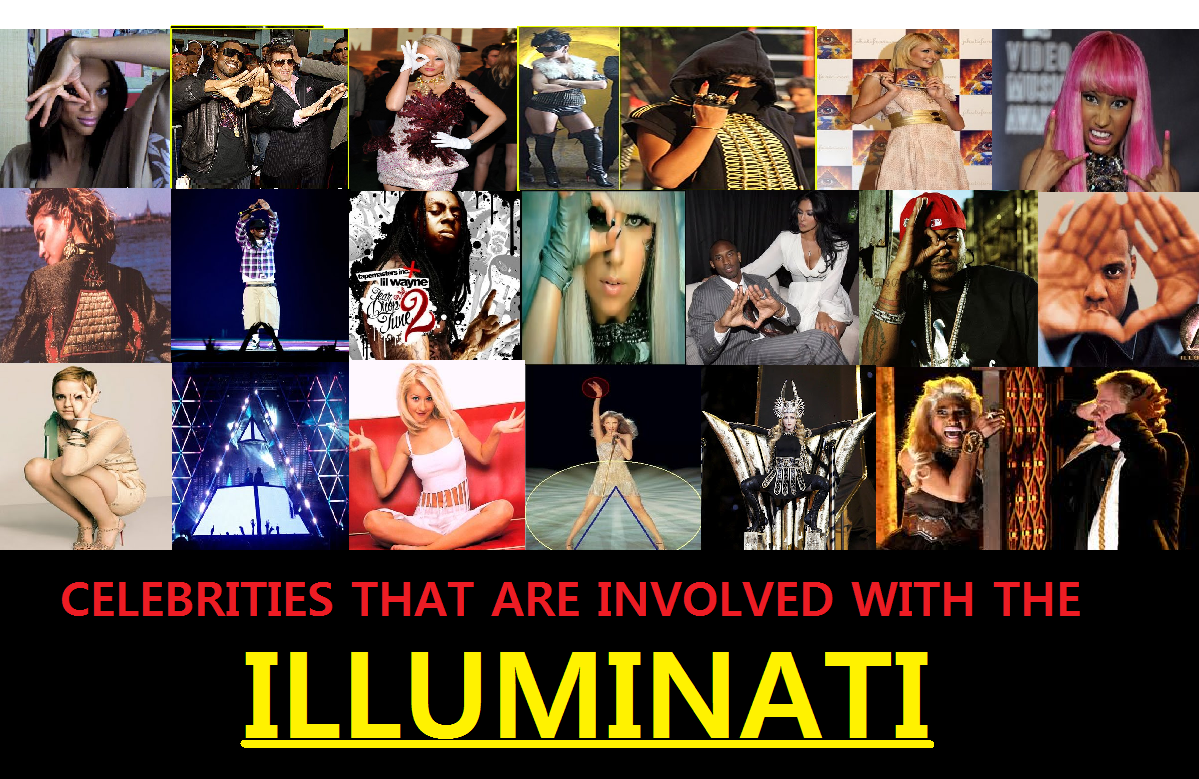 The Illuminati conspiracy strives hard for the existence of a totalitarian government in charge of the whole world. Through Illuminati symbols, Illuminati history channel and others, the world has been awoken to the era of conspiracy theory in which the secretive powerful elite seeks to gain dominion over the world.

Illuminati members who have a globalist goal are conniving to eventually rule the world through an authoritarian world government which will take the place of sovereign nation- states. This all-encompassing, very powerful propaganda has been fueled by the norms of Illuminati’s establishment, which has flourished it’s history’s progress and propagated its survival till date.

Currently, the Freemasons boasts of well over 250,000 members in England and Wales, while there are yet over six million members around the world in various strata of the society throwing up Illuminati symbols like they don’t care. You may think that the Illuminati members are a minority. But you will be surprised to know how linked they are to the powers that rule the world.

According to Illuminati History facts, the first President to ever rule the United States, George Washington, and a good number of top American revolutionary, for example Benjamin Franklin, belonged to this secret society called “Masons”. These people proudly threw up the Illuminati symbols during their reigns.

Sadly, a good number of the Royal Household of United Kingdom are now members. In fact, the Duke of Kent is believed to be the grand commander of the United Grand Lodge of England. What more can we say?

According to study from Illuminati history, their laws demand that members support the ties of brotherhood and be there in need for each other. They keep each others’ lawful secrets, and this has the tendency led to promote corrupt groups developing. It’s therefore no news that an elite group among them has been at the helm of controlling the world through loyalist governments scattered across all nations. And this has been going on for years now in a secretive, subtle manner, leaving the Illuminati symbols for anyone who is brilliant enough to see them.

After the French revolution in the 1790s, the Catholic reactionaries wanted a scapegoat. The Jews who were the usual target seemed too downtrodden to be blamed. It then became the turn of the Freemasons. The story of this secret society operating in the shadows has always been with us. It is easy to connect the picture from the 1790s onwards to the Nazis, Franco and then to the modern times of Islamists like Hamas.

Hamas, the Islamist party governing Gaza, believes that the Freemasons are in close ties with the Jews and the Rotary Club in order to frustrate the Palestinian state. The Illuminati history has been linked with every New World Order scheme. Freemasons are believed to be a strange society indeed, which carries out most of its activities under the cloak of secrecy.

They have a whole package of rites which include having a knife pointed on the bare chest, rolling up the trousers and a whole lot more of strange rituals and Illuminati symbols.