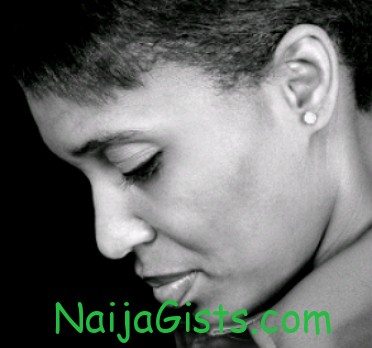 Let me go straight to the point. My husband & I got married 2 years ago and our union is blessed with a child. naijagists.com

My hubby came from family with multiple siblings. Before our church wedding (traditional done some months back), there was a little problem (my mother-in -law asked us to postpone the wedding 3 weeks to the date because our village-women dance group fixed the opening ceremony on the date of our wedding ).It will interest you to know that she was not even sidelined while the wedding date was fixed.

The entire family was with suggestion that the wedding be shifted even as my family stood against such suggestion. This did not go well with my husband as he talked back to his siblings and even his mother when they insisted the wedding be postponed for my mother In-law to attend the village women dance opening. While this was going on, i had told my husband that the wedding must hold, since both families were told of the date 3 months to the time. My argument was that if we postpone for his mum village meeting, my mum will also come up with something on the new date. Anyways, the wedding was done after all the dramas. This act kind of got me thinking about the family I married into. I forgot to say that we are from the same state.

The real thing started 2 weeks after our honeymoon. My husband and I had an argument while going for my niece birthday and he asked me to get down from the car. I did and he drove off only to come back after some minutes to beg me to get back to the car. I didnt enter , but eventually got to my sisters with a cab. That was the beginning of a new phase in my life. That night ,i got the beating of my life and my hubby didnt even apologize afterwards (we agreed there wont be battering or any form of domestic violence during courtship).

After this first incident, I damaged the windshield of our car).Things got worse when at any argument, my hubby will promise to beat me up and eventually. He did it again when i was 6 months pregnant. I called his sister to intervene but he didn’t listen to anybody, so the family couldn’t do anything (my mistake though…calling the family).After this second case, I got the police involve., I went to the family house with the police (though not on uniform or with a gun),my hubby was invited to the station and in less than 2 days, we settled the issue. I had to apologize to my mother in-law for bringing a policeman into her house (this, I did with something in mind). My sister-in law with another person thereafter came to my house one early morning (my hubby was out) and they almost beat me up.

Thank God they didn’t… pointed at me…pushed and all that in my house (I didn’t say a word when they were talking, maybe, that stopped them from beating me).I thought the whole beating thing had stopped, hoping that we had both learnt our lessons, but how wrong was I? Right there in front of my nanny ,my hubby pushed me and almost beat me up for refusing to serve him drinking water. He threatens me every time there is an argument that he will beat me up since. Beating is the only language I hear. Note that am not the best kind of wife. I know I have some good side aside being stubborn sometimes. The last incident happened when I poured my hubby a drink while watching a movie in our room. This time, I did not want to do anything, but his attitude after the beating, really pissed me off. He was bragging that he could beat me and nothing will happen.

He told me to stop associating with some people. After 3 days of enduring the nasty character he displayed, I went to apologize to him but he wouldn’t listen to any of my pleas. That was the beginning of my wicked plots. I went to the street, hired these macho bouncers about 2 of them and tricked him to come out (this was happening at 11pm..pls dont call me a bad woman).He eventually came and when I pointed at him to the guys i hired. They didn’t even do anything to him. .

At this point, my hubby was practically shouting on the street as people gathered and as usual he started beating me (11pm on a busy street).When the beating was getting too much, I started breaking the windows of my car(I actually drove it out that day. His car was with his siblings for the weekend as usual).He took the car keys after that and went home. I then went to the station, this time not to do anything but to go home with them. What happened when i got home with the police officers was unexpected, my husband refused to open the door.

The annoying part was that he told the police that he paid my bride price and as such can beat me anytime or even kill me. The police officers suggested i don’t sleep at our house that day as my hubby was already drunk .I slept at the station that night while my sister took care of our baby. All through the night ,my hubby didn’t even call .To cut the long story short, the police served him a notice. He called my sisters and said if he answers the police then the marriage will be history. My sister called me to stop the notice but i had already made up my mind.

On that day, he went to the station and while theY called all his siblings as usual (he tells his sister everything about us…may be how we got the baby too)…they all came (didn’t talk to me).The sister then tried to beat me up in the station in front of her husband. The husband pleaded with her not to do it but she wouldn’t listen (that was the 3rd time ).

This time, my sister who was with me fortunately told her to please forget this beating thing but she refused, then she pushed her husband away reaching out to my face .At this point my sister held her and the main drama started (I was happy that finally this girl will be properly beaten by my sister who is very strong (not like me the weak person)..mind you my sister kind of did justice to it). This happened on the street again and my husband had gone home .Both my sister and my sister in-law were arrested and ducked for 1 hour. Before that, my sister In-law swore that she must send me packing. She wanted me to go into a bet which i declined and she said that if making her brother send me out is the last thing on earth,she would definitely achieve it.(this lady is a no nonsense wife ,doesn’t tolerate her In-laws at all)

The conclusion is that the whole of my husband’s family want me out. The issue is that they wanted me to go on my kneel and beg their sister (the one that wanted to beat me) for allowing my sister touch her or move out of the house (she will monitor my character even after begging her before she will guarantee my stay in the house.I REFUSED TO DO THIS

My husband was in support until I called the vicar of my church.(church where we wedded).The vicar and the wife spent almost 7 hours with us before my husband was convinced not to do what his family wanted him to do (especially the sister). They said they had other siblings who have their families (wives and kids) with them and that their wives are not the best of wives too. But they made a point that they are still with them. He wondered why all of them wanted me out.

My mother in law couldn’t say anything after she was warned not to see my husband again. They have now ostracized both of us as all the family members came together and asked my husband to either send me packing or seize to be their brother. I thought they were joking until they started beating both of us. Will our child also suffer from our sins?

I’m now with my husband alone but things are not the same again.my husband’s people are still telling people who are related to me to pack my things out of the house even after ostracizing and beating me up.

Please help me I’m confused what should I do?

13 thoughts on “My Marriage Is On The Verge Of Collapse, I Need Help”