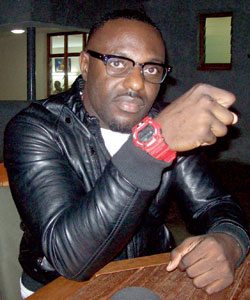 This biography of Jim Iyke is brought to you by NaijaGists.com.

No doubt, Jim Iyke is one of the most popular and most successful faces in the Nigerian movie industry. In this article, you’ll get to meet him and learn important facts worth knowing about the Nollywood “bad boy”, as he is popularly called. You may be surprised to know that Jim Iyke isn’t his real name. Want to know his real name? Read on…

Jim Iyke’s Date and Place Of Birth: James Ikechuwu Esomugha was born on September 25, 1976 in Libreville, Gabon, into the Nigerian family of Mr and Mrs Stephen Esomugha. His parents hail from Enugu Agidi village in Anambra state. He was the only boy in a family that had eight children.
After his primary and secondary education, Jim Iyke had his tertiary education at the University of Jos, where he bagged a B.Sc. in Philosophy, after having earlier bagged a diploma in Banking and Finance from the same University.

Career
Jim Iyke started his acting career in 2001. Currently, he is one of the highest paid actors in the Nigerian movie industry. He’s also one of the most successful, as he has featured in over 150 films to date. Recently, he launched his own film production outfit which he named “Untamed Productions”. Jim is also an experienced film producer. One of the movies he recently produced, titled “1 dollar” enjoyed great acceptance from his fans at home and beyond. He has since produced a sequel to the same film, titled “2 dollarz”. Presently, he’s working on another blockbuster, titled “Shades of White”, which is yet to be released but promises to be the most successful among Jim Iyke movies.

Jim Iyke launched his own music label, Untamed records, alongside his own very first album, titled “Who Am I?” in which he featured some of Nigeria’s most successful musicians such as TuFace Idibia, Sound Sultan, and so on. However, the greater part of the proceeds from this album was donated to orphanages.
Other than being a professional film actor, producer, musician, and businessperson, Jim Iyke is a philanthropist. In fact, he founded of the “Jim Iyke Foundation”, a non-governmental organization aimed at educating and empowering children of the less privileged as well as children with special disabilities in the African society.

Jim Iyke girlfriend is Keturah Hamilton, a Jamaican model. The duo met in the USA when Jim was once on a filming tour of the country. Ever since then, it’s been a great love affair between the two. In fact, recently, Jim Iyke disclosed to press operators that he’ll be marrying the lady very soon. This is a cheering news for all the fans of Jim Iyke, who for many years had anticipated Jim Iyke wife proper.

So far, Jim Iyke has won many awards in Nollywood. He’s a three-time winner of the Teenage Choice Award. He has also won the Best Actor in Nigerian Entertainment Award. His other awards include African Achievement Award, Best Actor of the Year,(Mode Men Award 2010), Sexiest Man in Nigeria (2008), and the Best African Actor (NET Awards).