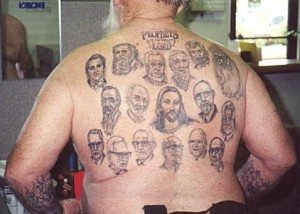 The question, “Where Are The Prophets?” which a Nigerian reggae musician, Peterside Ottong, asked in his music album in 1989 is still begging for an answer. The question, after more than twenty years, is yet to be answered considering the fact that millions of people are seemingly searching for prophets who will begin to speak to those in power on their behalf.

The reason for this cannot be far-fetched as it appears that our political leaders do not listen to the voice of the “common man”. Pastors and men of God, who are in this piece metaphorically referred to as prophets, are surprisingly becoming silent on critical national issues. Therefore, the words, pastors and prophets are interchangeably used in this piece. Pastors, who most of us reverently see as our own modern day prophets, are seemingly finding it difficult to call our errant political leaders to order when their performances are seen to have fallen far below expectations.

Our political leaders are not at the moment facing persistent, constructive criticisms from prominent ministers in  Christendom and even from our traditional rulers as it ought to. This somewhat civic responsibility has, no doubt, been left in the hands of social critics, journalists, opinion writers, coordinators of NGOs among others.  In my view, if these highly respected members of the society have been raising their voices together with other Nigerians, I believe our political system and by extension the state of our economy would not have come to the sorry pass it is today.

Pastors abound in our nation as it is very glaring that we have churches manned by them almost on every street, particularly in Lagos.  But as it stands, it seems our pastors cannot collectively look our politicians straight in the face and tell them the truth. Only a few of them do so.

Recall that the Bible in 2 Samuel Chapter 12 tells a story of how Nathan rebuked David when God revealed to him the injustice David meted out to Uriah the Hittite by snatching his wife, Bathsheba, from him and sending him to battle to die. The Bible is replete with similar examples but suffice it to say that this singular example clearly demonstrates how modern day prophets are supposed to play their roles toward good governance. Simply put, pastors are supposed to tell errant political leaders the truth.

Gone were the days when men of God, such as Rt. Rev. Dr. James Ukaegbu of the Presbyterian church, Rt. Rev. Matthew Kukah, Rev. Father George Ehusani, Rev. Father Ejike Mbaka among others constructively criticised our leaders or expressed their views on critical national issues. But today, we rarely hear or read about men of God speak on issues of national interest. Some of our modern day prophets seemingly find it difficult to criticise perceived bad leaders in our society. There is no denying the fact that constructive criticisms from various pulpits directed at some of our political leaders would put them on their toes, and this would help in further improving the economy of our country.

Today it seems our modern day prophets have resolved not to criticise or call our political leaders to order even when it is very obvious that these leaders are not meeting public expectations.

The apolitical stance which these prophets have apparently taken is not unscriptural as they are not biblically expected to meddle in partisan politics, but it is scriptural for pastors to always say the truth irrespective of whose ox is gored. The reason why pastors should begin to constructively express their opinion on critical political issues is because all their members are first and foremost affected by anti-people policies and programmes implemented by political leaders before going to them for spiritual solutions. I know this piece may likely goad some overzealous Christians to defensively say that our political leaders are usually prayed for. Good! But the word of God in the book of James chapter 2 verse 17 says “In the same way, faith by itself, if it is not accompanied by action, is dead”. If the truth must be told, most modern day prophets shout and scream only when they are delivering prosperity messages or raising prayer points on prosperity but messages that condemn anti-people policies and programmes and errant political leaders are expressed in hushed tones and  somewhat couched in innuendoes.

There is no denying the fact that my view on this issue may compel any reader to wonder why it is difficult to acknowledge the fact that there are two or more men of God across the nation that are popularly known to be critics of those in government and their policies. Yes, it is a good observation. Unfortunately, this piece is actually directed at men of God who do not have any vested interest in partisan party politics. It is directed at those men of God who would speak and their words would be heard as the voice of an oracle.

The reason why today’s pastors or prophets cannot look at our politicians straight in the face and tell them the truth is that the materialistic world has systematically been dragged into the church.

Our pastors, who are invariably our modern day prophets,  should let our political leaders understand that governance is all about serving the people and adding value to the lives of the people. Men of God should always in their messages let our president, governors, legislators and chairmen understand the frailty and futility of life as explained in the book of Ecclesiastes. The book, written by the biblically acclaimed wisest man that ever lived on earth, King Solomon, philosophically teaches that despite man’s successful exploits on earth in the area of work, pleasure, wealth, health and strength that all is vanity and that man must die. If the ex-governor that looted the treasury of his state was made to understand the message of King Solomon in the book of Ecclesiastes by a pastor, he would not have been in his present predicament in far away United Kingdom. I am of the assumption at this juncture that he must have nurtured and maintained relationships with one or two pastors, ostensibly for prayer for protection, before he landed himself in trouble.

Finally, our modern day prophets or pastors should please begin to talk to errant political leaders for the sake of many Nigerians that are today suffering in all ramifications due to no fault of theirs. Perhaps, if they begin to talk to these leaders on one-on-one basis, making regular dispatches of individual, type-written sermons to them and delivering messages on the pulpits against the activities of these leaders, and even calling press conferences from time to time on critical national issues, our political leaders would have a rethink in their way of administering various political constituencies of our nation, and by extension imbibe high sense of probity in the management of public finances.

About the author: Asabor wrote in from Lagos. E-mail: eyezeek@yahoo.co.uk