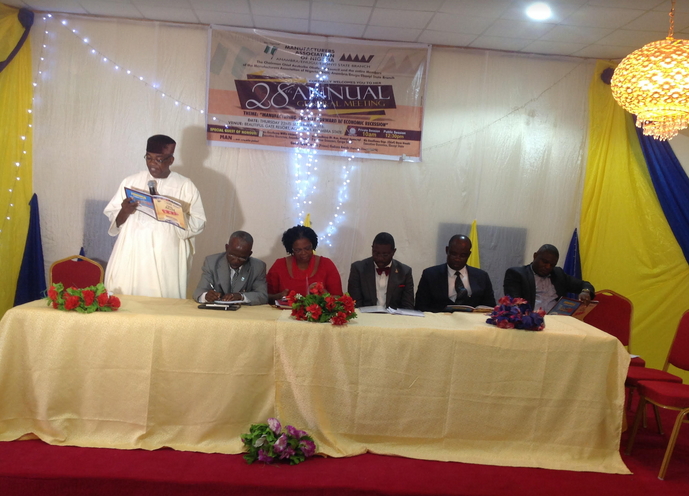 The Chairman of the Manufacturers Association(MAN)in charge of Anambra, Enugu and Ebonyi states, Chief Sir Aloy Azubuike Okafor has been re-elected chairman of the body for a second tenure that will run for another four years.

During the General Session of the AGM,chief Azubuike bemoaned the negative effects of recession on the manufacturing sector and urged the various governments to assist manufacturers continue with their business.

The National President of MAN, Dr Frank Udemba Jecobs who was represented by the National Vice President ,Mrs Ekama Akpan ex-rayed activities of the MAN saying that they were collaborating with all the necessary arms of the government to ensure that the sector moves forward.

The Anambra, Enugu and Ebonyi state governors were represented on the occasion where they made assurances to continue effective collaboration with MAN.

The above photo shows Chief Okafor addressing the General Meeting.