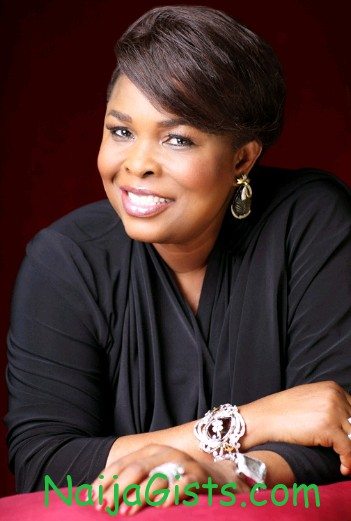 Patience Jonathan biography record shows that the first lady of Nigeria was born in Port-Harcourt, River states- Southern part of Nigeria October 25, 1957. She is not only the First Lady of Nigeria; she is also a permanent secretary in her native town of Bayelsa state, where her husband- president Goodluck Jonathan was the governor before he became the Vice president.

After a brief career as a teacher, Patience Goodluck Jonathan got a job with Bayelsa state Ministry of education; she worked for the agency up will May, 2009 when her husband became the deputy governor of the state.
Patience Jonathan is locally, nationally and internationally recognized as a Philanthropist, her role in the fight against HV/AIDS in Africa for instance was rewarded with “Beyond the tears” International Humanitarian Award in New York. Other International awards she has received include; The Goodwill Ambassador and “wind of change” award from South-South women group.

Just like her husband- Dr Goodluck Jonathan, Dame Patience Jonathan is always in the news for the good and bad reasons, one of such are her grammatical expressions which are always filled with blunders. Patience Jonathan bad English expressions often attract criticism from the media and the public as many do not expect such grammatical blunders from a highly respected woman of her status. In 2006, Dame Jonathan was reportedly questioned for money laundering charges at the Lagos International airport, an accusation she rebuffed.

Another speculation that has been generating many controversies in the media is that it is widely believed that Goodluck Jonathan Children were adopted. Several media outlets have reported recently that Mrs Jonathan never had children for the president, even though these allegations have not been rebuffed by the woman in the middle of the controversies.

In September 2012, Patience Jonathan Condition was believed to have depreciated under an undisclosed ailment, though the president’s media men tried as much as possible to conceal the issue and it was later reported that she was suffering from complications associated with Parkinson disease.

In another Patience Jonathan health update, she was reported to have suffered from ruptured appendicitis.

Patience Jonathan sickness has since been treated effectively and has been discharged from the German hospital where she has spent several weeks.

She arrived Nigeria on October 17, 2012 after over 8 weeks of treatment in Germany.