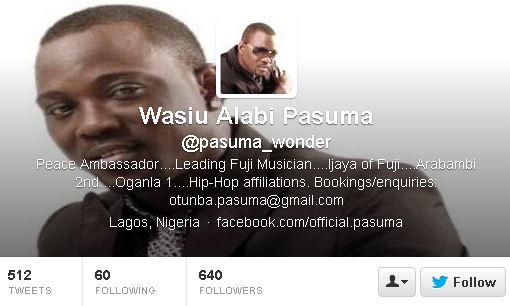 The oganla 1 of fuji worldwide is now officially on Twitter. Wasiu Alabi popularly called Pasuma wonder has made his presence known on the popular social networking site.

He joined Twitter on Sunday and has received a warm welcome from other music stars like Olamide, 9ice, Don Jazzy, Wizkid and many others.

He also has an official Facebook page at facebook.com/official.pasuma.